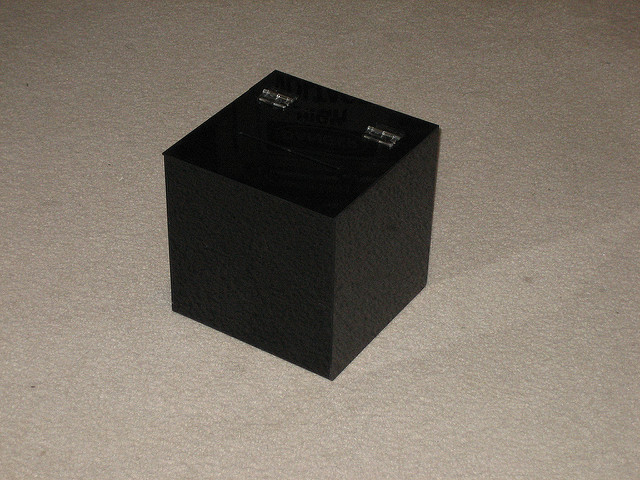 A vote will see BIFM become IWFM (Institute of Workplace and Facilities Management); The International Facility Management Association UK Chapter has voted in new Board members; and the Central London Maintenance Association has possied-up with seven committee members riding again under the stewardship of Mr Michael Green.

This comes after Chairman Steve Roots published a 'Manifesto for Change' on 1 March, which set out the view that facilities management's can make a contribution to organisations’ performance via the workplace.

The Manifesto also sets the Institute the twin tasks of helping members improve their skills and their status to in this area.  It also signals a commitment to work towards Chartered Body status.

Speaking at the BIFM AGM in Manchester where the vote took place, Roots said: “The membership has voted to change the Institute’s name and approved the course planned for the next phase of the professional body for all those who contribute to workplace productivity."

Some commentators have claimed that only about 700 BIFM members actually exercised their right to vote on the matter, whilst others have voted with their feet and gone to join associations that aren't shoeing in the 'workplace' factor.

BIFM has clearly countered this argument by stating that 'The Special Resolution, required the support of more than 75% of eligible voting members to succeed.

Roots continued: “The Board listened to the views of members and the wider profession in shaping proposals designed to make BIFM more valuable to the FM profession, the FM industry and the wider business community. The Institute has a role in helping to re-set expectations and forge ahead with making workplace and facilities management a career of choice for the coming generation. This mandate means we can really grasp the opportunity presented by the leading-edge associations of workplace to reposition what FMs do."

In referring to the turnout, Roots said: “This Special Resolution, quite rightly, required a high level of support to succeed but I want to say to everybody, including those members who did not feel able to vote for the resolution, that this Institute is today and will remain fundamentally the professional home for all facilities managers.

“What we will now do both in name and in deed is re-frame expectations of the FM role, adding to it without taking anything away - and that includes our Britishness. We are changing our name, not our geographical focus.

"We do recognise that many of our members, including those in Ireland and the Middle East, have broader outlooks and we will continue to work closely with them as we have done for many years."

CEO Linda Hausmanis said: “We have been preparing the ground for some time. Our plans to refresh our brand and systems are already in progress and now that the membership has decided, we will adopt our new name and our new look before the end of the year."

Meanwhile another vote was also taking place on Thursday July 5, with well know industry figure, Mike Green being elected Chairman of a revitalies CLMA (Central London Maintenance Association). The association, which has been dormant for some time, once boasted a huge membership. Green's role will be to contact all past members to get them to recommit to the initiative and of course, to grow the membership even further. A Committee volunteers behind Green has agreed to regroup to provide members of the asset maintenance community with an outlet for the exchange of ideas and discussions revolving around emerging technologies.

ThisWeekinFM spoke to Mike Green on the day of his appointment.

ThisWeekinFM understands the CLMA has quite a history - tell us more?

The CLMA was founded in 1966 as part of a group of regional Maintenance Associations, I believe there were 5 in all (I was only 4 yrs old in 1966). The CLMA was the biggest and most successful. Originally, there was a lot of new equipment evolving at the time particularly in air conditioning and with the evolution of mainstream electro mechanical controls. So it was all cutting edge technology and knowledge sharing was an absolute must to be able to keep up (don't forget we didn't have the internet then).

Is it true you are starting the Association from scratch?

Yes. The outgoing Chairman and his Committee, of which there were only 4 remaining, are either reaching the age of retirement or now have other commitments that are keeping them too busy. Since the Association had lapsed for a short period it was possible to agree with them a plan for moving forward in which I could recruit a new Committee and start from scratch. This gives us an absolutely thrilling opportunity.

What are your plans for the new Association?

As I pointed out earlier the original association came out of a need to disseminate knowledge about cutting edge tech. Well that couldn't be closer to the truth today. We read and see a lot of progress in IoT and AI which are starting to be used already with a light touch, and it is this field in particular that we are interested in assisting with development and dissemination of knowledge. The field of maintenance doesn't just apply to traditional building services. The whole building envelope and infrastructure comes into play right from the very earliest stages of concept and through to de-commissioning and recycling (or re-use). Environmental awareness is a highly rated topic in the boardroom and couldn't be closer to everything we do with our buildings in design, occupation, management and the whole circular economy.

Who do you see as your potential membership?

Anyone that has a direct input into building design, management and occupation, architects, engineers of all disciplines, occupiers, facilities professionals, energy and environmental specialists. We aim to be a peer led association hence the selection of not just a Committee of commensurate experts and professionals but we will be forming a knowledge bank of subject matter experts to draw on when we need a specialist to assist with a project or initiative.

IFMA UK and RICS Collaboration Strengthened By New Board Appointments

The International Facility Management Association UK Chapter has confirmed four new appointments to its Board of Directors, strengthening its ties with the RICS FM Professional Group as part of the collaboration between the world’s two largest organisations representing the profession.

These new appointments mean that of the 11 Board Directors so far announced, six are RICS Fellows and seven are Chartered FM Surveyors. The new board represents a broad range of industry subject matter expertise and the directors will work together to enhance, evolve and expand the knowledge of facility managers in the UK, while also providing pathways to career success for professionals within the industry.

The first official IFMA UK Chapter breakfast networking event is being held on 25 July, 08:30- 10:30, at RICS Parliament Square. The event will launch the RICS Procurement in Facilities Management Professional Statement. To sign up to this free event - Click Here

It's Official - Institute of Workplace and Facilities Management Launched

The new Institute of Workplace and Facilities Management formally introduced itself last night, with a welcome video and a ten-point plan for becoming a modern...

All Our Yesterdays - the Institute of Workplace and Facilities Management Mooted

As the British Institute of Facilities Management marks its 25th year, those in charge think it's name is just so yesterday - proposing the Institute of Workplace and...

Room40, a company specialising in context aware and audio security monitoring analytics, has adopted Nokia Scene Analytics at sites across Belgium. The solution will...

Despite widespread global investment in the digital transformation of public spaces and the smart city concept, a study of 1,000 people found that consumer awareness in...

Last BIFM Awards Ever As Transition Re-vamp Gets Nearer

October 15 saw the fabulous spectacle of the BIFM Awards at a glittering gathering on London's Park Lane - but this will be the last one as BIFM transitions to being...