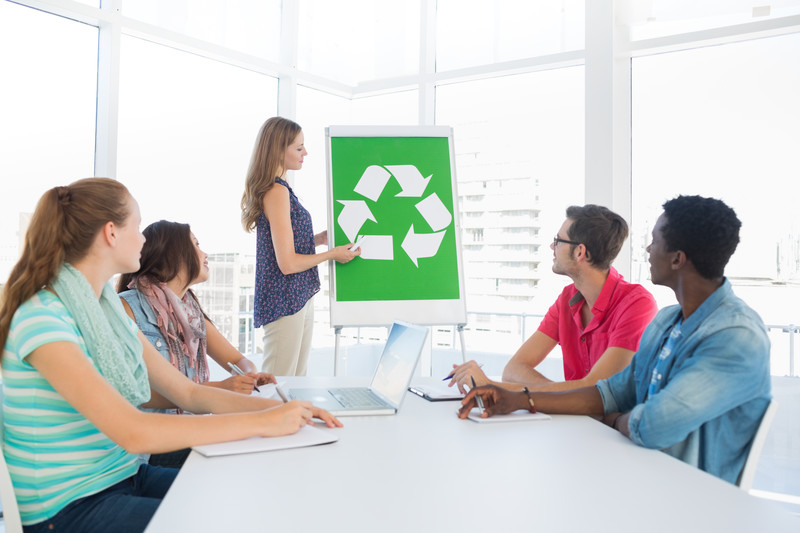 Jackie Furey has taken the gloves off and thrown her heavyweight experience in to developing top tips to stop your office heating the planet.

Unless you’ve been living under a rock for the past fifty years, you’re probably aware of climate change and the consequences it’s set to bring about for our planet. Rising global temperatures will bring with them rising sea levels, loss of habitats and more extreme weather.

But how does this relate to the workplace and facilities management? Well frankly, our nation’s infrastructure simply isn’t cut out for extreme weather. Public transport ceases to run after a light dusting of snow, roads become icy death traps and train commuters experience delays and cancellations across the country. And the cold isn’t the worst of it. If you’ve ever experienced the hellish temperatures of the central line during August, then you’ll know that the other end of the scale is equally hard to handle.

So how do employees and employers cope with erratic climate change? What steps can you take in the office to help our environment and make a dent in preventing the heating of our planet?

This tip almost seems trivial given the digital age we now live in. From cloud storage services to digital pay stubs, the need for paper and printers in the workplace has rapidly decreased over the past two decades. Get rid of the temptation to print by reducing the number of printers in your office. You could even donate them to a local school or non-profit organisation in need.

You can make a real positive difference to the amount of energy your company is wasting by installing motion activated light switches. These are particularly good for conference/meeting rooms as they are often separated from the main body of the office and less frequently used. Rather than relying on employees to switch-off the lights as they leave or enter, motion activated lights are human proof - they save energy automatically.

Having plants in the office has so many benefits. Not only are they aesthetically pleasing, they also help to offset your company’s carbon footprint by counteracting carbon emissions as well as naturally purifying the office air. Some plants are better at this than others. I recommend Spider Plants, Peace Lilies, English Ivy or Bamboo Palms.

Plastic. Strong, malleable and durable. Hailed as one of the best discoveries of the era when it was first made in 1907. Over a hundred years on and about 8.3 billion tonnes of the stuff later and we are currently living in a media vendetta against plastic. Marine life is choked, drowned and starved due to the enormous amount of plastic floating around our oceans. Cutting out plastic is something that we can all do and by businesses making small changes a huge impact can be made.

Have you ever been the last one in the office after hours and felt a ‘hum’ around you? Well, the good news is you’re not going crazy and the place isn’t haunted. The bad news is, it’s ‘phantom power’.

Simply turning off your electronics before you go home doesn’t stop the power consumption. Phantom power or standby power, eats up a huge amount of energy. Unplugging will cut down on the amount of energy that is wasted (and save a pretty penny as well).

Ban the sale of drinks in plastic containers on site and get rid of disposable cups. Provide your staff with their own branded drinks cup. Not only will your staff appreciate the gift but this will make a huge difference to the amount of waste your company produces and actually have a positive impact on the amount you are spending in the long run.

Ban disposable plastic pens. Think about it - how many plastic pens have passed through your hands at the office? How many of those have been lost or thrown away when a better one comes along? This is a lot of plastic. Use pencils as much as possible and for times when a pen is necessary, encourage staff to go back to the classic refillable fountain pen.

Picture: What steps can you take in the office to help our environment?

The author is a director of workplace consultancy Where Workplace Works.

Fill Your Own Lunchbox On The Go

British workers who grab lunch on the go are generating 11 billion items of packaging waste annually says one charity which wants to see sandwich boxes, crisp packets and...

The London Marathon saw 350,000 plastic bottles collected for reprocessing in record time - a PB for the waste management company involved. The streets in the...