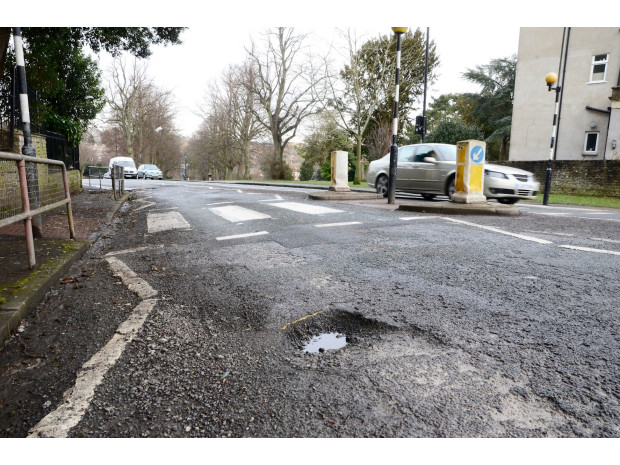 The second three months of 2018 led to RAC patrols dealing with more pothole-related breakdowns than in any other second quarter since 2015.

Between April and June an analysis of RAC breakdown data showed there were a total of 4,091 call-outs for damaged shock absorbers, broken suspension springs or distorted wheels – faults which are most likely to be directly attributed to poor quality road surfaces.

The RAC’s most statistically robust assessment of UK road surface conditions – the RAC Pothole Index which is based on a quarterly rolling analysis of pothole related breakdowns – also shows a worsening picture in the second quarter of 2018.

The index, which began at a base of 1.00 in 2006 when the RAC started recording data, moved upwards from 2.63 in Q1 of this year to 2.67, making five successive quarters of deterioration, with the index having increased steadily from 2.08 in Q1 2017. The higher this figure is, the greater the likelihood of an RAC member suffering a breakdown caused by a pothole or other road surface defect and so, potentially, the worse the surface quality of the average UK road. The index, however, remains considerably lower than its peak of 3.5 which occurred in the first three months of 2010.

RAC chief engineer David Bizley said: “We had obviously hoped the number of pothole related breakdowns attended by our patrols would drop in the second quarter as the first three months of the year had seen the third highest first-quarter figure recorded since 2006. However, given the extreme weather towards the end of Q1, we perhaps should not be that surprised the Q2 figures are worse than normal.

“While the percentage of these call-outs did drop in the second quarter of 2018, it did not reduce by as much as normally happens in this period as local authorities catch up with repairing the winter damage to our roads. From a driver’s point of view this can only mean that our roads are still in a poor state of repair after the damage caused by ‘The Beast from the East’ and the generally harsh late winter conditions the country experienced."

Bizley continued: “Councils have been working hard to fix potholes and general road surface degradation but despite further emergency funding from central government, their budgets are even more stretched than in previous years. Our figures demonstrate they are not winning the battle and as a result the safety of too many drivers, cyclists and motorcyclists is being put at risk.

“The overall quality of our roads should be getting better, not worse. Any pothole could at best cause expensive damage to a vehicle, motorbike or bicycle and at worst lead to a fatal accident, with motorcyclists and cyclists at particular risk. Every pothole capable of causing an accident or damage needs to be fixed quickly so it no longer represents a danger to road users."

Bizley also believes the public should be helping with detection. He said: “Councils, and those responsible for maintaining the UK’s roads, are obliged to carry out routine inspections of roads but they cannot be expected to detect every single defect as soon as it develops. We need road users therefore to play their part by reporting potholes and other road surface defects as soon as they become aware of them so they can be repaired in a timely manner."

Potholes and other road surface defects can be reported on the RAC website at www.rac.co.uk/potholes

Bizley concluded: “Central government must now consider how we can develop a long-term plan to improve the condition of our local roads. We continue to urge the Department for Transport to work with the Treasury to ring-fence a proportion of fuel duty receipts over a sustained period to fund this. The RAC calculates that if 2p a litre from fuel duty were directly invested into local roads over a period of 10 years in addition to current funding, this would give councils sufficient resource to eliminate the backlog in repairs and preventative maintenance.”

Picture: The RAC has seen a second quarter of pothole breakdowns hit a three year high.