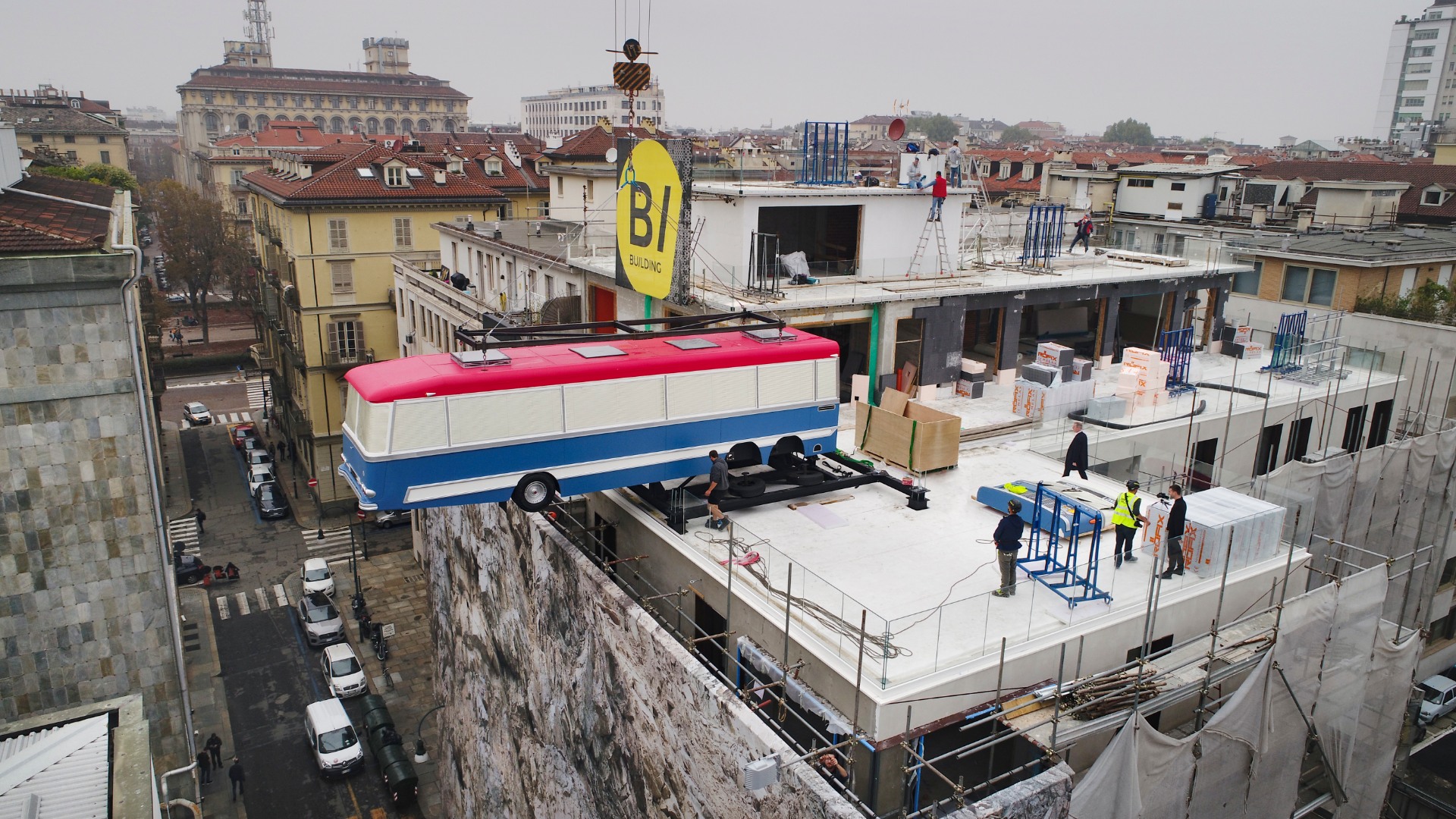 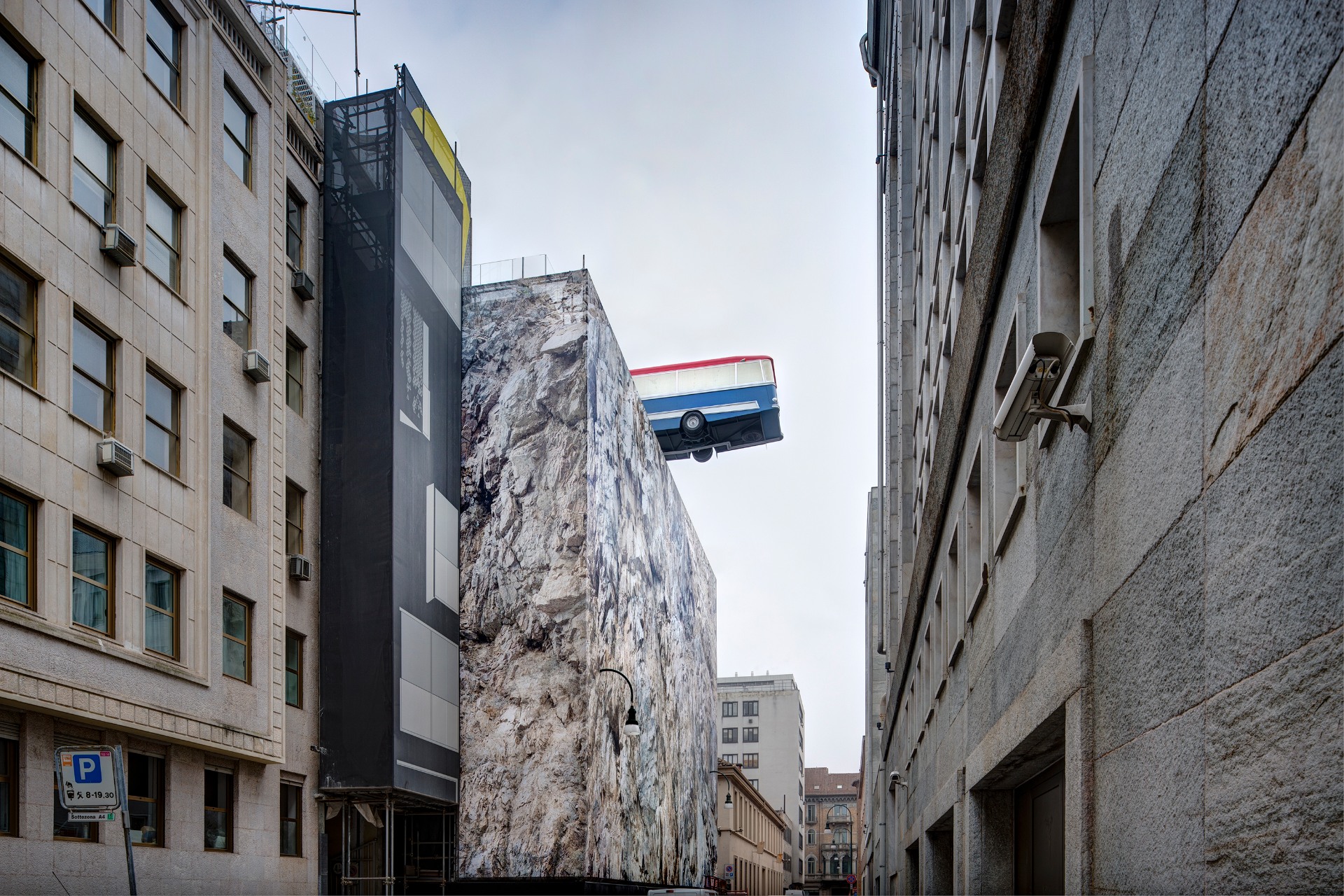 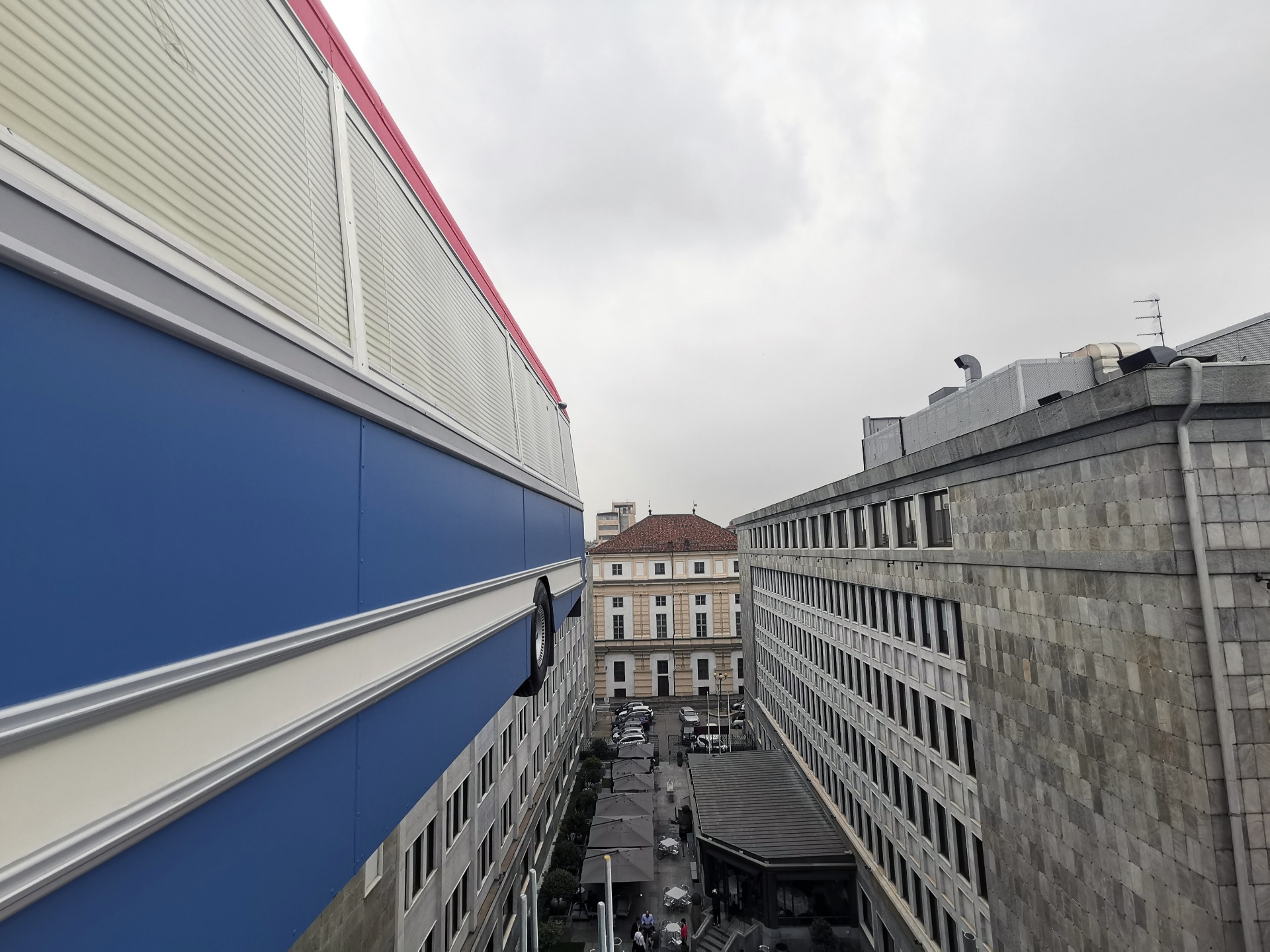 Fifty years since Michael Caine told his crew 'you're only supposed to blow the bloody doors off,' The Italian Job has returned spiritually to Turin with an extraordinary artistic work in the old city centre.

Until December 2 (since October 31) a bus has been displayed, inspired by the closing scene of the 1969 film. Having nicked bullion in Minis whilst Italy played England at football, the criminals loaded the gold onto a coach...which swung out over a ravine when the getaway driver lost control.

A full-sized replica of the coach has been suspended at a height of 20 metres on the very edge of the roof of Domus Lascaris (which is owned by Gruppo Building) a completely refurbished rationalist building from the 1950s in the centre of Turin.

The installation is called 'Hang On A Minute Lads…I’ve Got A Great Idea'. It is by the English sculptor Richard Wilson, curated by Mark Hinchcliffe & Heidi Donohoe aided by by Artissima.

In the film, the coach is balanced on the edge by the gold which sits in the middle of the vehicle. As the crew edge towards the back doors to retrieve it, the bus starts to topple...this can only be reversed by the crew making their way back to the front. Michael Caine, as the lead villain eventually declares 'hang on a minute lads, I've got a great idea'. The film ends with an aerial shot of the stranded coach as the closing credits roll to the song Getta Bloomin' Move On which is usually referred to as 'The Self-Preservation Society' after its chorus.

The artwork is a huge tilting sculpture featuring a life-sized vintage bus. Some say it is their not just to celebrate the film's golden anniversary but also a way of challenging the UK's exit from the EU. Piero Boffa, President of Gruppo Building, said: “Every time we recover a building to convert it to our philosophy of habitation, we always think of creating works and installations that enhance the beauty of architecture by attracting as many viewers as possible. Opening Domus Lascaris and starting the dialogue with Artissima is therefore a logical step forward for us precisely in the direction of the dissemination of beauty.”

Piero Boffa loves his art and all of Gruppo Building's latest developments feature dramatic sculptures in either their associated gardens or on their roofs. Boffa continued: "A new patronage initiative is being undertaken by Gruppo Building, reflecting our firm commitment to preserving and renewing the beauties of Turin."

A week of free co-working space in the Tuscan village of Peccioli is available for six professionals. The Peccioli Working...