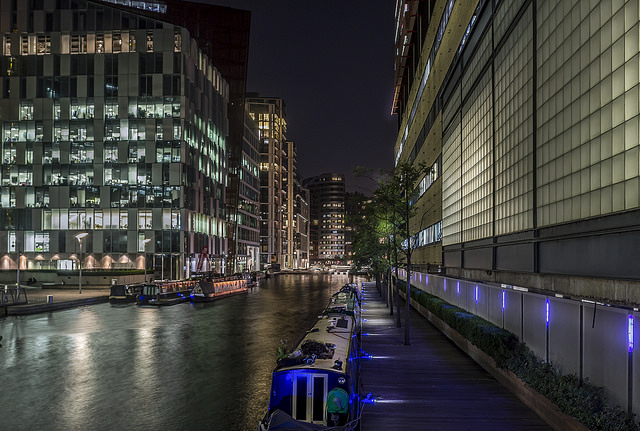 The 237,801sq.ft, Grade A office building is being sold by Gaw Capital.

Designed by one of the world’s leading architects, Lord Richard Rogers, Waterside House is let in its entirety to Marks & Spencer plc, providing ten years of secure income and acting as the company’s global headquarters. Marks & Spencer is currently undertaking a significant refurbishment programme across the building which it has occupied since 2003, demonstrating its long-term commitment to the location. Other notable occupiers in the area include Microsoft, Visa and Mars.

British Land’s established ownership at Paddington Central and purchases by overseas investors such as Tishman Speyer and CC Land demonstrate the continued demand for quality premises in the area. The ongoing significant commercial and residential developments which are underway and in the pipeline, including Derwent London’s Brunel Building, make Paddington the largest and most significant regeneration project in the City of Westminster.

The imminent arrival of The Elizabeth Line in December 2018 has prompted further investment, vastly improving the local amenities and playing an influential role in creating one of the capital’s most dynamic sub-markets. Waterside House is located within 200 metres of Paddington Station, one of the busiest transport hubs in London.

James Rood, Senior Director, Central London Investment, CBRE said: "There is proven investor appetite for high quality assets with secure, long income. With the excitement around Crossrail and overall growth potential of the Paddington market, we are confident that Waterside House will generate significant international and domestic interest. The occupier market in Paddington remains robust and further growth is likely, strengthening the investment rationale."

Gaw Capital are seeking a base price on the passing rent which reflects a net initial yield of 4.5% plus a second tranche payment which will capitalise the uplift following settlement of the imminent rent review.

Picture: The Paddington basin is very popular. The M&S HQ in the area is up for sale with M&S staying in residence.