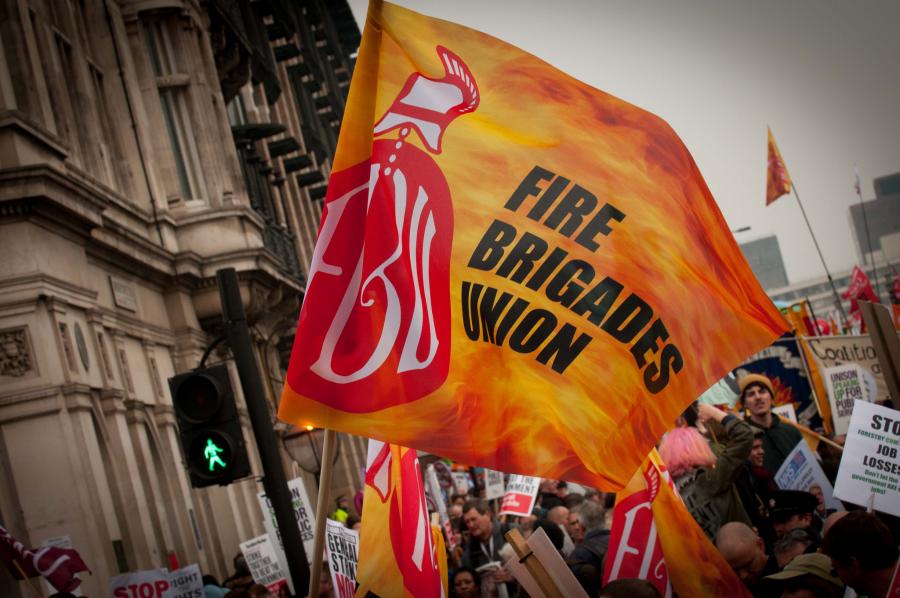 A mass walkout from the Mittings Enquiry in to blacklisting of construction workers has been followed by a police admission of spying.

Although there was a mass walkout from the Mittings Enquiry in to blacklisting of construction workers and the involvement of undercover police, the Metropolitan Police and its Special Branch have admitted to Union infiltration and the passing of information to construction companies - many of whom have been found guilty of illegal blacklisting of workers and been forced to pay compensation.

Unite secured a settlement for 256 construction workers to receive over £10 million in compensation. Up to a further 700 shared £75 million. Blacklisting was confirmed back in 2009.

The Metropolitan Police may now face action and the potential of large fines and a compensation order for assisting with the creation of a blacklist that logged trade union activities and also suggested barring workers who had made vociferous health & safety recommendations. It is now claimed, Special Branch added additional personal information such as political preference.

Deputy Assistant Commissioner Richard Martin has written that the allegation that information that appeared on a Blacklist funded by the country's major construction firms, on the balance of probabilities was supplied by the Special Branch.

The UK’s largest union, Unite, has backed Wednesday 21's walkout of participants at the Mittings public inquiry into undercover policing.

The walkout is a reaction to the refusal of Sir John Mittings, the judge leading the inquiry, to reveal the identities of the majority of police officers who were involved in undercover policing and infiltrated trade unions.

Sleeping with the enemy

Judge Mitting’s has stated that the police officer with the code HN58 was very unlikely to have had any intimate relations with those he spied upon because he had been married for many years. The union says the refusal to reveal the cover names means that there are potentially hundreds of other victims who still do not realise that they were duped into sexual relationships with undercover police officers.

Unite has been granted core participant status in the inquiry, after it was revealed that police officer Mark Jenner, under the cover name Mark Cassidy infiltrated construction union Ucatt (now part of Unite) in the 1990s. Mark Jenner is one of the officers whose identity Judge Mittings is refusing to officially reveal.

Prior to the walkout Phillipa Kaufman QC read out a statement on behalf of the victims and told Judge Mittings: “Our clients are not prepared to participate in a process where their presence is mere window dressing lacking all substance and meaning which would achieve nothing other than to lend the process a legitimacy it does not have.”

Unite assistant general secretary Gail Cartmail said: “As information continues to trickle out there is growing evidence that many of these officers were heavily involved in the blacklisting of construction workers, which ruined hundreds of lives.”

Get the Fire Brigade

The Fire Brigades Union (FBU) has backed the walkout of participants from the public inquiry into undercover police spying. The action came in response to the failure of the Mitting inquiry to make any real progress in three years.

The FBU was given core participant status in the inquiry after the union presented evidence of police spying on a number of officials over many years.

Matt Wrack, FBU general secretary said: “We know that the police spied on the FBU and its representatives over many decades. But since we presented our evidence we have not been given a single document, heard one testimony or had anything else from the inquiry to account for this behaviour.

“That’s why the FBU supports the other core participants’ protest. This judge has failed to hold the police to account for their actions. He should think again or get out of the way, so someone else can take it up."

Picture: Stoking the fire of the Blacklisting scandal - the Met has confessed to assisting with construction worker blacklisting and Unite, other unions and the FBU have walked out of the Mittings Enquiry

The Metropolitan Police’s admission of a role in the blacklisting of construction workers is not just a scandal but is a constitutional crisis deserving of a public...