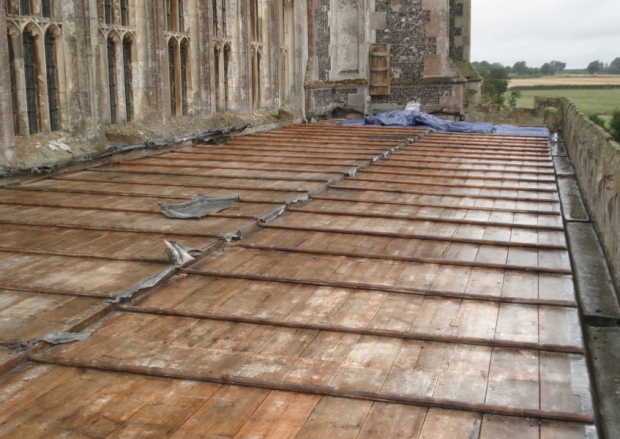 A survey of reported metal thefts from heritage sites across the UK indicates that the country is seeing an alarming rising trend in metal theft, leaving hundreds of historical buildings with repair bills they cannot meet.

The British Transport Police and the National Police Chiefs Council recently held a conference on the issue and a  survey was subsequently conducted by VPS Security Services. The survey found 100's of reports of church roofs being stripped of lead in the 12 months leading up to April this year, averaging 37 incidents a month.

"These are only the thefts that are reported as metal theft by insurers and the police." explained Nicholas Bye, a VPS Security Services Director. "They amount to a daily stripping of valuable metals from heritage sites across the UK. The actual numbers are probably even higher because reporting methods across the UK are inconsistent.

"Lead, copper, nickel and other metals have all risen in value this year, yet the scrap metal value is still pitifully small when compared to the cost of replacement and repair. Beyond the sheer cost, though, is the impact on our heritage. It is disappearing before our eyes."

One striking example was when 20 tonnes of lead - the entire roof - was stolen from All Saints' Church in Houghton Conquest, Bedfordshire last October. It is estimated that at the prices then it might bring the thieves £25,000 but will cost the church £400,000 to replace.

"Railway passengers now also suffer on a daily basis as metal thieves get organised. Live cable theft rose 85% in one year," Bye told ThisWeekinFM. "If you combine all railway cable theft, 452 incidents in the year to April represent an increase from five thefts a week the previous year to more than one a day now.  The cost to the police, the railway operators and of course to the tens of thousands of passengers whose journeys are disrupted will run into the millions."

Since the Scrap Metal Merchants Act was introduced in 2013, when cash transactions were banned, police and local authority resources into tackling metal theft has plummeted and as a consequence, there's a risk that the current rising trend could go largely unchecked.

Metal Crime - The Hidden Cost conference ran on Friday May 31.