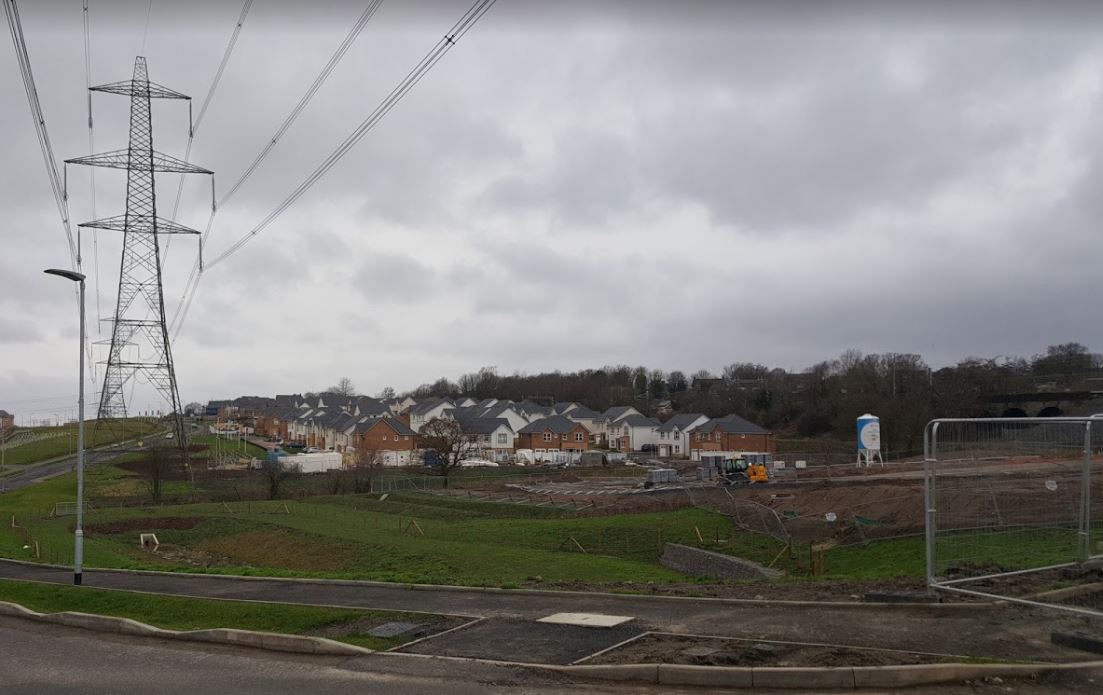 Officers from Police Scotland are still investigating the murder of a security guard near Newarthill, in Lanarkshire in the early hours of Sunday October 28.

When contacted by ThisWeekinFM, the victim's believed employers, Osprey Efficient Facilities Management Services, based in Lanarkshire about 13 miles outside of Glasgow, refused to acknowledge themselves as the employer, to offer any kind of condolences or indeed make any meaningful comment on the incident what-so-ever.

Around 1:00am police were called to a report of a man lying seriously injured in Panmuir Crescent - which is part of a new housing development still under construction by Taylor Wimpey.

Emergency services attended and he was taken to Wishaw General Hospital where he died a short time later.

Following a post mortem examination, a murder inquiry was launched. The victim has been named as 49-year old Mohammad Abu Sammour of Caldercruix, Airdrie.

As part of his job, Abu Sammour used a van to patrol a number of different sites. It is believed his assailant fled the scene in the van.

Detective Chief Inspector David Pinkney, of Police Scotland's Major Investigation Teams, said: “Around 1:05am on Sunday morning, a witness reported seeing a small white van being driven off at speed on a roadway adjacent to Panmuir Crescent. On investigating this incident, the witness discovered Mohammad Abu Sammour lying seriously injured on the roadway and contacted the emergency services. Despite the medical assistance provided to Mr Abu Sammour, he died in the early hours of the morning.

“Mr Abu Sammour worked as a Site Security Supervisor who travelled around a number of building sites in the Central Belt.  Enquiries are being carried out to identify his last known movements and we would urge anyone with information to contact us.

"We now believe that the vehicle which was seen driving off is in fact Mr Abu Sammours' works van which is a white Peugeot Partner van with blue writing on the side."

Osprey FMS use their website to invite potential employees to 'Join Our Team. Be Part Of The Osprey Family'.

DCI Pinkney continued: “At this time the motive of the murder is unknown. However, our extensive enquiries are ongoing and we retain an open mind.

"We also need to ascertain if anyone has seen this white van between 1:00am and midday on Sunday, 28 October, when it was found burnt out within waste ground situated between the A723 and Burn Crescent, New Stevenston"

Chief Inspector Mark Leonard, Area Commander, added: "This is an absolutely shocking incident and I would like to reassure the local community that we are working with our colleagues in the Major Investigation Teams to identify the person or persons responsible for the murder of Mr Abu Sammour.

Local Press reports suggest that the security guard was savagely beaten and left to bleed to death, quoting a friend, Dr Hussain Ibrahim, as saying Abu Sammour's facial injuries were so bad, the assailant 'clearly wanted to end his life'. However, the source is also quoted as saying he and the family had not been allowed to see the body at the time the supposed quote was made.

A spokesperson for Taylor Wimpey was unable to comment other than to say: "This is a dreadful incident and the thoughts of the company are with the family at this time."

Picture: For illustration purposes and not the scene of the crime - a typical Lanarkshire housing development where murdered security guard Mohammad Abu Sammour might have visited as part of his Site Supervisor role.