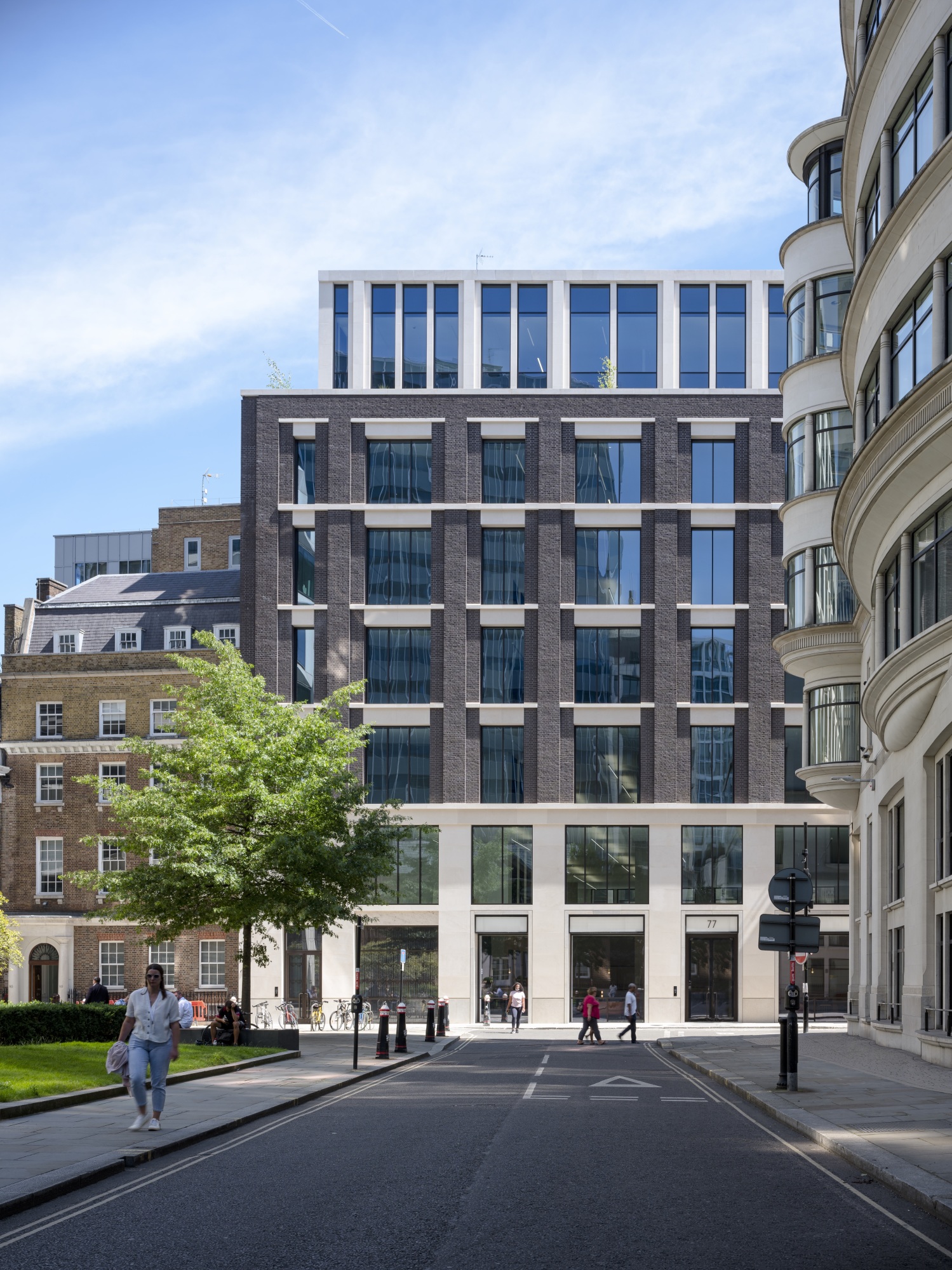 Kajima Properties, the London based property investor has additionally signed an agreement with the first tenant to lease three floors in the new building, which recently celebrated its Platinum rating by WiredScore, the digital connectivity rating scheme.

The tenant has not been named at the time of publishing.

The building was designed by Buckley Gray Yeoman architects, with VolkerFitzpatrick being the general contractor for the scheme. CBRE and BH2 are letting agents for the office space, whilst retail and leisure are being marketed by Harper Dennis Hobbs and CBRE.

“The project demonstrates our approach to retaining and refurbishing a building rather than simply knocking it down and starting again.”

77 Coleman Street opens on to Coleman Street Gardens, one of the City’s rare green spaces, and provides office space close to the new Elizabeth Line station at Moorgate.

The redevelopment of the new landmark building, 77 Coleman reimagines and extends an existing 1980s building, with significant CO2 savings as a result of retaining 78 per cent of the original concrete frame, equating to approximately 13,200 tonnes of concrete.

The office space is arranged over seven floors and the building also includes 16,000 sq ft NIA of retail and leisure space with frontage onto Nun Court. It also includes an integrated café and shared workspace in a 3,200 sq ft reception space, three terraces on the upper floors and 146 cycle spaces with extensive shower and changing facilities.

“We are therefore incredibly proud to celebrate the completion of such a forward-looking building in 77 Coleman, which incorporates digital connectivity, bright open spaces and greener commuting.”

Victoria Cooper, Associate at Buckley Gray Yeoman added: “The project demonstrates our approach to retaining and refurbishing a building rather than simply knocking it down and starting again.

Portico has been selected to provide guest services at 125 Old Broad Street, winning the contract from the incumbent that had been in place for more than eight...

Legal & General has submitted plans for new office space in Cambridge’s The Grafton in partnership with flexible workspace provider x+why. This project will...