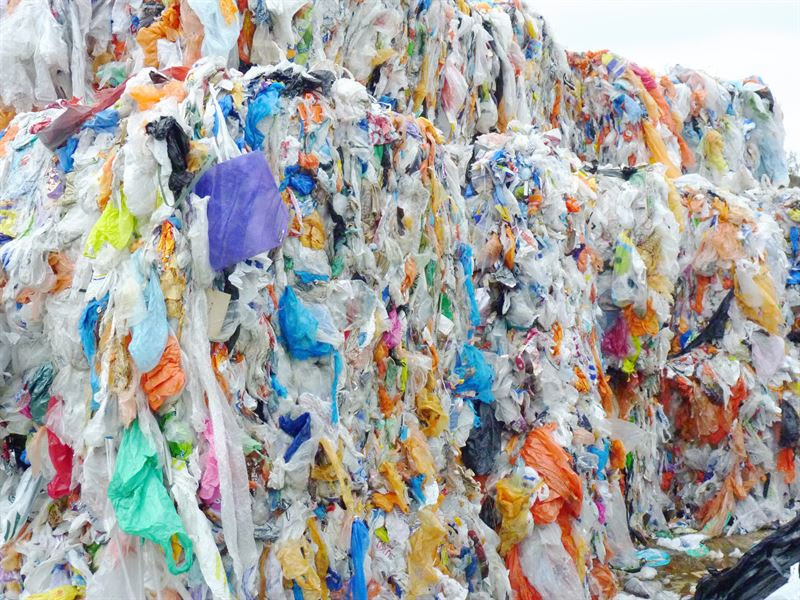 The NAO has said too much plastic is claimed to be recycled when it is simply sent to foreign landfill. Students in Bournemouth are being rewarded for showing more environmental behaviours; and one company is looking to utilise plastic waste as a fuel.

Too Much Plastic Exported Without Controls

The UK’s approach to calculating packaging recycling rates is not sufficiently robust and the Government appears not to have faced up to underlying recycling issues, the National Audit Office has said.

Reducing waste and using resources more efficiently are long-standing objectives for the Government and tackling packaging waste is essential to achieving these ambitions. The Department for Environment Food and Rural Affairs (DEFRA) estimates that the UK has exceeded its overall packaging recycling target every year since 1997 and recycled 64% of packaging in 2017. However, the NAO has found that these figures do not account for the risk of undetected fraud and error.

A key government initiative to ensure that packaging is recycled – the Packaging Recycling Obligation System – has subsidised waste exports to other parts of the world without adequate checks to ensure it is recycled. DEFRA also has no evidence that the system has encouraged companies to minimise the use of packaging or make it easy to recycle, says the NAO report, issued on July 23.

The packaging regulations create a complex market-based system to meet packaging recycling targets. They require companies that handle over 50 tonnes of packaging per year and have a turnover higher than £2 million to demonstrate that they have recycled a certain amount of packaging by obtaining recovery evidence notes from accredited UK reprocessors and companies exporting waste for recycling abroad. In 2017, 7002 companies registered and paid a total of £73 million towards the cost of recycling packaging.

The NAO report identifies that the Environment Agency, which is responsible for enforcing the system’s regulations in England, has fallen well short of its targets for inspections. In 2016-17 the Agency only carried out 40% of planned compliance visits to reprocessors and exporters to check they accurately report the amount of packaging recycled.

The risk that companies over-claim is potentially more acute for exporters than for UK-based recycling companies, with risks that some exported material is not recycled under equivalent standards to the UK and is instead sent to landfill or contributes to pollution. Yet exporters rated as high-risk were less likely to receive a compliance visit than those rated low-risk.

The Environment Agency has also identified a large number of companies that may have an obligation to pay into the system but have not registered. It does not have a good understanding of how significant the financial risk could be, the NAO also found.

The NAO recommends that DEFRA should improve its approach to calculating packaging recycling rates. It should also do more to tackle the risks associated with waste being exported for recycling overseas.

“If the UK wants to play its part in fully tackling the impacts of waste and pollution, a tighter grip on packaging recycling is needed. Twenty years ago, the Government set up a complex system to subsidise packaging recycling, which appears to have evolved into a comfortable way of meeting targets without addressing the fundamental issues. The government should have a much better understanding of the difference this system makes and a better handle on the risks associated with so much packaging waste being recycled overseas,” said Amyas Morse, the head of the NAO.

Bournemouth University (BU) has reduced plastic use on its campus after rolling out a Green Rewards behaviour change programme to all staff.

The programme was rolled out to all staff in January this year (2018), after a successful six month pilot in 2017 which engaged a third of its target audience.

Since its roll out the programme has helped raise the profile of sustainability and wellbeing at the university and tackle important environmental initiatives such as reducing plastic use. With over 40% of staff signed up and participating in activities, BU has avoided over 400 tonnes of CO2 emissions and seen over 515kg of disposable cup waste avoided. Staff have also taken significant steps to improve their wellbeing, including taking part in nearly 10,000 hours of exercise and travelling over 130,000 miles sustainably to and from the university.

The programme has also helped Bournemouth University to embed the United Nation’s Sustainable Development Goals, with staff able to earn rewards for taking part in activities that support these goals. Staff are also rewarded for signing the Sustainable Development Goal Accord. A significant number of staff have signed the Accord, including the Vice-chancellor on behalf of the university, showing their commitment to helping achieve the Goals.

The programme is operated by employee engagement specialists, Green Rewards and is bespoke to Bournemouth University, with activities tailored toward the university’s strategic plan, called BU2025.  Using leader boards, gamification and team and individual prizes, staff can report and track their positive behaviours, like walking to work and using reusable coffee cups.

Winning teams and individuals can choose from a range of prizes, to benefit both the environment and their local community. The overall team prize after six months was won by the Finance and Performance team, who chose to support Bournemouth Foodbank with £100 worth of food donations.

Dr Neil Smith, Sustainability Manager at Bournemouth University, said, “Right from the start, the Green Rewards programme has allowed us to achieve fantastic levels of engagement from staff and has been excellent in supporting our university sustainability and wellbeing initiatives. It’s great to see so many staff getting involved and receiving prizes for their positive actions."

Plastic As A Fuel

The aim of the development project is to proceed to industrial scale trial during 2019. The company’s target is to process annually more than one million tons of waste plastic by 2030.

"Neste has been ranked the world's second most sustainable company and we are already the world's largest producer of renewable diesel from waste and residues. Our target is to also be a leader in low-carbon refining and support circular economy by developing innovative solutions based on waste plastic," says Matti Lehmus, Executive Vice President of Neste’s Oil Products business area.

“With our strong legacy in raw material and pretreatment research, we are in a position to introduce waste plastics as a new raw material for fossil refining. At the same time, we aim to provide solutions to support global plastic waste reduction.”

In Europe, some 27 million tons of post-consumer plastic waste is generated annually. Only about one-third of this amount is currently collected for recycling.

In January 2018, the European Union released its Strategy for Plastics in a Circular Economy. One of its objectives is to increase recycling of plastics and reuse of plastic packaging by 2030. In the EU Waste package, recycling target for plastic packaging was raised to 50% by 2025 and 55% by 2030.

In addition to exploring ways to utilise plastic waste as raw material, Neste is helping the plastics industry and various plastics-consuming companies to reduce their crude oil dependency and climate emissions by producing durable and recyclable renewable plastics from bio-based raw materials, such as waste fats and oils. As an example, Neste and IKEA will produce polypropylene (PP) plastic from fossil-free, bio-based raw materials at commercial scale during the autumn of 2018. This will mark the first time in the world that bio-based PP is produced at a commercial scale.

Picture: Where does all the plastic go?

New YouGov research commissioned by business improvement and standards company, BSI has revealed the lack of awareness of the UN Sustainable Development Goals by UK...

World Day for Safety and Health at Work 2020 – Infectious Diseases

The World Day for Safety and Health at Work 2020 will focus on addressing the outbreak of infectious diseases at work, in particular, on the COVID-19 pandemic. The...

Given the sense of panic that has engulfed the world recently, it's hard to conceive of an International Day of Happiness – but it is just around the corner on...