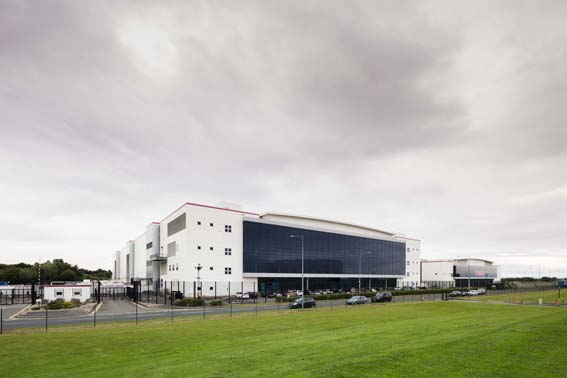 On February 8, Next Generation Data (NGD) announced the build of an additional 250,000sq.ft of capacity at its mega data centre campus near Cardiff - on the top floor.

This follows a spate of new customer contracts worth in excess of £125 million over the next five years including agreements with several Fortune 100 companies.

Construction work is already underway on NGD’s top floor to accommodate the new private and shared data halls. The scale and complexity of the project requires more than 500 construction workers to be permanently on site, creating further substantial employment for locally based contractor firms.

Simon Taylor, NGD’s Chairman, said: “NGD employs over 50 personnel and with this latest major top floor expansion project is providing a further boost to the local economy. We have over 500 construction workers on site plus around 120 further contractors providing IT and facilities management services. Our strong forward order book indicates that NGD will once again be a major source of local employment this year.

“Our latest contract successes demonstrate major multinationals are continuing to find NGD’s UK based world class facility is unbeatable on price and performance, especially when it comes to our space, power, connectivity and 100 per cent service level record.

NGD’s 16 week build out timescales and the financial resources of our funding partner Infravia Capital Partners is enabling us to respond extremely quickly to global market opportunities.”

Coming in from the cold

Picture: Located in the Cardiff Capital Region, NGD is a purpose-built carrier-neutral Tier 3 facility offering 750,000 sq feet (gross internal area) of highly secure space housing up to 22,000 racks. These can be arranged into self-contained and colocation data halls of various sizes all with independent services, resilient power and cooling systems.

An ambitious new agreement is set to increase public sector renewable energy sourcing. Powered by the new Dynamic Purchasing System, the agreement is expected to generate...