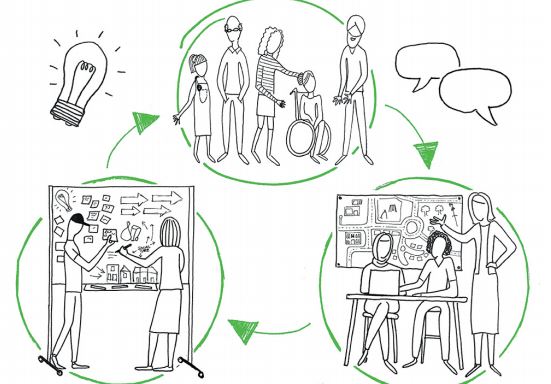 There is a declining appetite for outsourcing in local government according to research from the New Local Government Network which is calling for a rethink in partnerships between the public and private sectors.

Financial and demand pressures, combined with recent high-profile failures such as the collapse of Carillion, mean the public sector in general is increasingly seeking more influence over partnerships, according to ‘From Transactions To Changemaking: Rethinking Partnerships Between The Public And Private Sectors' the latest report form the New Local Government Network (NLGN) which also features the results of the survey.

The NLGN is calling for reforms to boost oversight of the private sector; empower the public sector to drive long term value through partnerships; and ultimately boost public confidence over future partnerships.

This dwindling confidence in outsourcing suggests that councils are seeking greater control over service delivery arrangements, driven by funding and demand pressures, says the NLGN which also claims evidence also shows that councils are increasingly exploring new, innovative forms of partnerships such as trading companies and joint ventures. Meanwhile, again according to the NLGN, government departmental spend on outsourcing is still growing, although the backlash after high profile failures such as Carillion’s collapse has dented public confidence in partnership arrangements.

The NLGN’s report argues that the picture is more mixed than the simplistic outsourcing versus in-house debate that is emerging between the Conservative Government and the Labour Party. The study concludes that there is a need to reform how partnerships work in practice to make sure they are less transactional and more geared towards delivering genuine social impact for public spending.

The report also calls on Government to recognise that partnerships with the private sector are not a solution to funding reductions. In fact, cuts to the public sector have undermined the capacity and expertise available to drive value through partnerships, claim the NLGN.

Offering a blueprint for a new approach to partnerships between the public and the private sector, the report outlines a package of measures including:

On launching the report on October 10, Adam Lent, Director of the New Local Government Network, said: “Our findings show that the public sector is already rethinking its relationship to the private sector. But the current national political debate is missing the point. The Conservative Government takes a business as usual approach to outsourcing, while the Labour Party advocates taking everything back in house. Our research finds that it is not a question of more or fewer partnerships but establishing better ones. With new measures to boost oversight, make contract performance more transparent and to enhance the social return on public investment, partnerships will be fit for purpose for today’s challenges.”

Simon Goacher, partner and head of local government at national law firm Weightmans added: “If enacted, the report’s recommendations should help local government generate greater value from private sector partnerships and make the measurement of their social impact simpler. However, we should remember the onus isn’t just on Whitehall to deliver this change. The blueprint outlined by The NLGN here should encourage local government to build on existing good practice in the commissioning of public service already observed by many councils. Avoiding transactional, cost driven procurement is a great first step. But this should be accompanied by a change of thinking that pins down exactly what’s needed to make a contract a success from the outset.

“This means taking the time to canvas the opinions of key stakeholders within the community and incorporating their measures of success into a bespoke, transparent procurement process.”

NLGN’s research was conducted in partnership with ENGIE, Jacobs and Weightmans.

Picture: From Transactions To Changemaking Rethinking Partnerships Between The Public And Private Sectors.

50 UK-wide council representatives were interviewed about their net-zero strategies, and the results indicate a feeling that significantly more support and resources are...