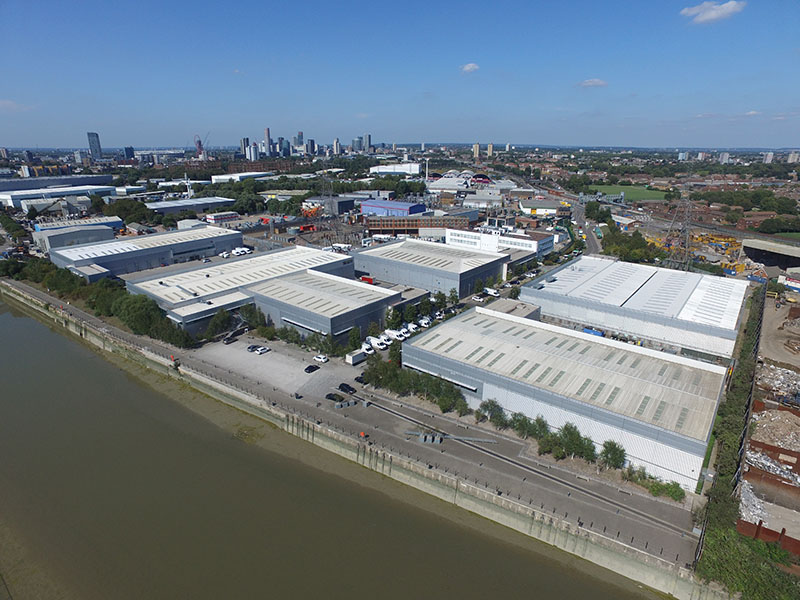 Electra Park provides 21,200 sq m of lettable space across 10 units of which nine are let, with the final unit currently under offer.

The estate, close to Canary Wharf and London City Airport is bordered by the A12 and A13 main roads, connecting it directly to central London. It is also within walking distance of three Zone 2/3 London Underground stations allowing easy access for workers on the estate.

The weighted average unexpired lease term (WAULT) on the let space is 4.3 years to break and 6.4 years to expiry. The estate generates a topped-up passing rent of £3.4 million, reflecting a low average in-place rent of approximately £14 per square foot with an estimated rental value of £21 per square foot.

Reflecting these low current rental levels and the potential of this central location, the topped-up net initial yield upon acquisition is 2.3 per cent (rising to 2.6 per cent once the vacant unit, currently under discussion, is let) and the equivalent yield is 3.3 per cent.

“This acquisition is an exciting opportunity for SEGRO to consolidate its leading London footprint and is a strong fit with its well established prime urban warehouse portfolio. Situated on the edge of Zone 2, at the gateway between Central London and the rest of our East London assets, it is in an area that is currently undergoing significant redevelopment and modernisation.

“This should further improve the already attractive supply/ demand dynamics and create the potential for strong rental growth, as we have seen happen in other inner London markets.”

SEGRO owns or manages 8.1 million square metres of space (88 million square feet) valued at £13.3 billion serving customers from a wide range of industry sectors. Its properties are located in and around major cities and at key transportation hubs in the UK and in seven other European countries.