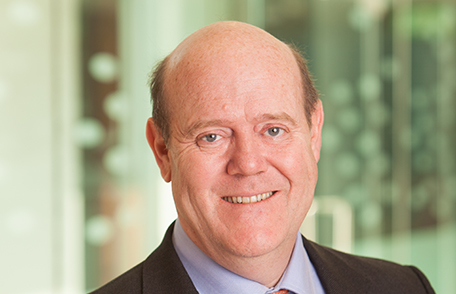 Serco, the government's go to FM (and almost anything else) contractor has found itself in the middle of an immigration home eviction storm - coming up against Shelter (the homelessness charity) and the Scottish Courts. It is in Scotland that Serco planned to throw asylum seekers from their free accommodation and change the locks.

Serco has also encountered mass protests at the housing facilities it runs.

All this has prompted CEO Rupert Rupert Soames to write open letters declaring what his company planned - currently and in the future - is perfectly legal...while at the same time standing down from the current action.

Shelter's Scotland branch had filed an appeal at Glasgow Sheriff Court to prevent tenants being issued with eviction and lock-change orders. However, as Serco has now given the evictees an extra 21-days grace, Shelter has stood down whilst the courts clarify both Serco and the asylum seekers' rights.

Serco has also agreed to wait and act in accordance with the court decision - before potentially issuing another 330 or so eviction papers.

The Govan Law Centre in Edinburgh has also lodged a case (on Monday Aug 6) before the city's Court of Session in an attempt to deter evictions.

In his letters and statements, Rupert Soames at first sounded somewhat unreconciliatory in his statements. However, he also pointed out that Serco's 'charity' is costing the firm over £1 million a year.

He said at the weekend: "We believe it likely that our decision to proceed with lock-changes on the accommodation of six people whose asylum claims have been declined by the Home Office will be challenged in the Courts in the coming days.

"We unreservedly welcome such a legal challenge, as it will enable all parties to clarify an area of Scottish law which has so far been untested; this is where tenancies/rights of occupation provided under Part VI of the Immigration and Asylum Act 1999 are specifically excluded from the protections of section 23 of the Rent (Scotland) Act 1984.

"This should mean that all parties will get clarity as to how the law will apply to people who refuse to move on from the free accommodation provided to them whilst their claims for asylum are being adjudicated. We have strong legal advice that our approach is fully within the law but we think it would be helpful for all interested parties to have the Courts confirm the position."

In order to not to stand in the way of the courts, Serco will:

Serco cares for around 17,000 asylum seekers in the UK providing accommodation and welfare under contract to the Home Office. 5,000 of these people are in Scotland and almost all of them are in Glasgow, which is the only area within Scotland that has been willing to extend help on any material scale to asylum seekers.

Following a Home Office negative decision, which is subject to multiple stages of appeal, the failed asylum seeker is given 21 days notice that their taxpayer-funded support – which includes a daily living allowance and free accommodation – will be stopped.  They should leave the country.

Soames said: "At this point, Serco is put in an impossible position - nobody wants to make someone who is in difficult circumstances homeless and in many cases our housing officers have been caring for these people and often, their children, for months or years. But Serco is neither a welfare agency, nor a charity. Providing accommodation, paying the rent, rates, water, electricity and heating costs a lot of money. The Home Office is rigorous about cutting off support once someone has reached the end of the process, leaving Serco to pick up the bills.

Soames continued: "In Scotland, we have, up until now, chosen not to evict people when the Home Office funding stops. For reasons of humanity, decency and welfare, we have continued to provide free accommodation, entirely at our expense, to failed asylum seekers for months, even years. We ask them to leave; we signpost them to agencies who can support them if they do leave; but we have not taken action to evict them except in cases of unacceptable behaviour.

"As a consequence, we are currently providing free accommodation to around 330 people who have over-stayed their notice period. About 240 of them have received negative decisions; 88 people had their Home Office support stopped more than six months ago; two people have been with us more than two years.  In these respects the pro bono support we give to failed asylum seekers far exceeds that provided by the voluntary sector in Glasgow - we do not put profit before people - but we simply cannot afford to continue."

The outsourcing specialist Serco has been forced this week into a grovelling apology for using a stretched limousine to transport asylum seekers from Heathrow to...

The most recent Morgan Stanley AlphaWise report, one of a succession researching the trends throughout lockdown for offices, shows that UK estimates for returning to...

A new study from tado° has found that UK homes had their daytime heating on 14 per cent more this winter in comparison to the previous winter. Despite financial...

Tackling Sedentary Behaviour in the Workforce – A Study Into Workplace Health

AJ Products UK and ukactive have teamed up on a report to examine the impact of working practices on employee health and wellbeing.  “Tackling Sedentary...

Remote Vs. Home Working – Do you Know the Difference?

Most of us now have some kind of home office set-up, but are we actually working remotely or just working from home? Julie Jarvis, Managing Director of property &...