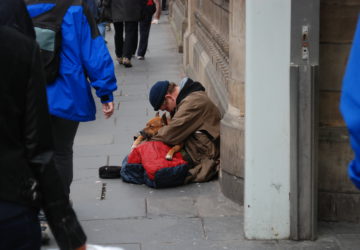 I write following the letter you sent to the Home Secretary on 30th July, counter-signed by 11 other politicians. There has also been a great deal of media coverage over the past few days about the provision of accommodation for asylum seekers in Glasgow, much of which is untrue. I therefore thought it might be helpful if I provided you with some of the facts that we see.

In your letter you say that Serco is planning to make 300 people immediately homeless, which, in the words of your letter “will trigger a humanitarian crisis in Glasgow” – this is simply not true. As we told stakeholders last week, our intention was to give notice to no more than six single adult males this week and twelve next week.

The letter further claims that “there was no meaningful engagement” between Serco and the local authorities in regards to this matter. Again, this is simply not true. We have engaged extensively with stakeholders, and over many months, about the issue of over-stayers. Indeed, we have developed a very precise set of protocols and procedures to cover lock-changes, called a ‘Move On Protocol’ which has been agreed in recent weeks with Glasgow City Council.

The letter also completely fails to acknowledge that, for humanitarian and welfare reasons, Serco is paying for accommodation, including rent, rates, heating and lighting and insurance for some 330 people who are no longer receiving support from the Home Office.  We are giving financial and welfare support to vulnerable people for many months, and in some cases more than a year, after their asylum claims have been refused.  This is currently costing Serco over a million pounds a year, which costs would have to be borne by the Council if we were not doing it.  We would be delighted to discuss with the Council arrangements for them taking on the cost of these services.

The nature of the crisis

The one positive outcome of the events of recent days is that it has put very firmly on people’s agenda the nature of the crisis. This is that the local arrangements once Home Office support has ceased are inadequate, and we are put into the impossible position of having to make the choice of paying for people’s accommodation ourselves, or making them homeless and destitute. Serco’s reluctance to evict people, which I hope you would applaud, has resulted in the number of people whose housing we are paying for increasing from 167 to 330 in the last twelve months; many of these people are single males who no longer have the right to remain in the UK. At the same time, we are having to find housing for around 180 new asylum seekers, including families with children, who arrive in Glasgow each month. Many of these people are distressed and vulnerable, and they may have to be housed in hostels or other unsatisfactory accommodation because others whose appeal process has come to an end are unwilling or unable to move on.

We hope recent events will precipitate urgent and effective action by stakeholders to find a solution to this problem, which has so far been hidden from public sight by Serco’s willingness to provide unlimited free accommodation to over-stayers. We are no longer prepared to do this.

Whilst a longer-term solution is put in place, we undertake that, for the next four weeks:

We will restrict the number of people to whom we give lock-change notices to no more than 10 people a week;

None of these people will be families with children;

All of these people will be those who the Home Office have told us have exhausted their appeal process and no longer have the right to remain in the country.

By tightly limiting the number of people subject to these measures, we believe Local Government will have enough time to manage the step up in capacity which it needs to have in place as we move to a policy of reducing the number of over-stayers we are supporting at our expense.

My colleagues and I stand ready to meet to discuss these issues with you.  In the meantime, I attach a series of questions and answers which may enable people to understand better the challenges we all face in this difficult and complicated issue, in which we are all trying our best to support people who are often desperate and vulnerable.

Picture: Many of those evicted by Serco will be single men.

Is Serco Losing its Way in Scotland?

The care of asylum seekers in Scotland has come under the spotlight following allegations of a Serco subcontractor failing to meet obligations under the Compass contract...