The Four Waves of FM – What's Next for Facilities Managers? 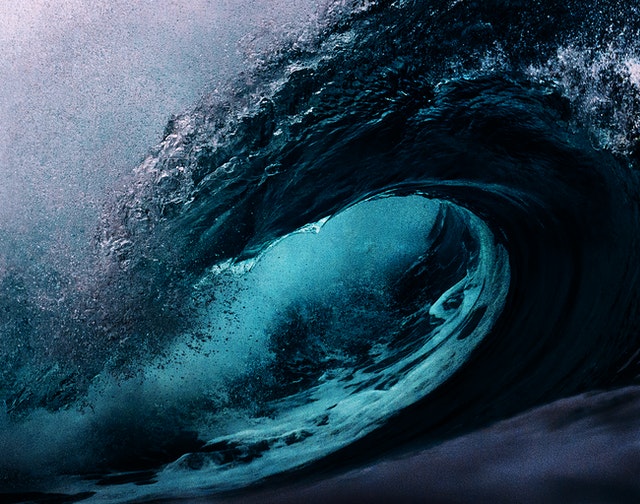 David Martínez, CEO of FMHOUSE, looks back at how the facilities management industry has changed since the nineties.

Martínez is an industrial engineer, Master and PhD from the IESD in UK and PDG from the IESE. He's an experienced consultant and researcher and has been a visiting lecturer at international universities and published dozens of papers and reports. Martínez is an accredited expert in the European and International standardization processes of asset and facility management. He's also a past board member of EuroFM, and also of the international FM foundation. He is currently the CEO and global director of the international FM consultancy and training firm FMHOUSE.

"Everyone is calling us to see what needs to be done. Suppliers, invisible until now, are treated with unparalleled respect, and FM professionals are consulted and taken into account when making decisions, something else which was inconceivable in many companies before the pandemic."

The Waves of Facilities Management

Until a year ago, the word wave was related to the sea, surfing or something associated with that area. If you ask someone today what it suggests, they will sadly say COVID, and they will probably ask what wave we are currently experiencing.

In facilities management, we have also witnessed various waves in recent years. They have been more like turning points that breathed new life into the future of our profession, but which subsequently dissipated sooner or later.

The first wave took place at the end of 1999, amid rumours that FM standards would help bestow “ultimate recognition” on the profession. The first peak of this wave was in September 2001 when the Dutch standard NEN 2748 was published, since it would provide the basis for the first regional regulations.

The second peak came a year later, when in November 2002 a technical committee was set up to develop European standards. “Everyone is going to get involved – it will be a global project” we thought. The harsh truth is that only 25 of us have stayed the course, and most large client companies and suppliers have stood by the wayside, waiting.

We had to wait four long years until 2006 and the publication of the first regulations: CEN15221-1 and CEN15221-2. The second wave was upon us and we said “this is the final push that FM needed in order to take off, and now absolutely nothing can get in its way”. Yet time went by and nothing new happened. We kept on making more and more guidelines (we published as many as seven), but everything was still the same. Perhaps we weren’t on the right track.

Picture: a photograph of David Martínez

I was caught at the epicentre of the following wave. As members of the EuroFM board, we managed to get the European Parliament to open its doors to us to present what facilities management was all about. There, we were finally going to make the voice of FM heard. That week in November 2010 we held both morning and afternoon meetings, to ensure the maximum number of representatives attended. That’s where I learnt what lobbying is and how hard it is to lobby.

The day came, and I remember remarking how few people there were, but one of the advisors told us that it was a good audience and it seemed to have awakened interest. The presentation went well, but it was the meetings we had scheduled afterwards which were important. I think we had dinner three times that evening. The feedback from the commissioners was similar: everything was very interesting, but something that encompasses so many things was difficult to understand and, above all, to sell internally. Everyone there deals with a specific subject and it would be difficult for someone to take the lead on something that is clearly not within their competencies.

That wave fell more sharply than it rose, and I assure you that it surged because we really thought it was going to usher in a new era… “the day FM entered the European Parliament”. The truth is that we went out as we came in, without much ado.

Just as we were about to throw in the towel, something happened. On July 11, 2011, the BSI, the national standards body of the United Kingdom, asked the international regulatory body to set up a committee to develop the first ISO directive for facilities management. We were entering a new wave, but this time it was conclusive. No one could question an international project, everyone knows ISO 9000, so why not 41000? Besides, we would also have a certifiable management system. What more could we ask for?

After years of work, very hard work, and after gaining a deeper understanding of the vision of FM in Asia, America or Africa, the first three standards are published in 2017 and the certifiable MSS, ISO 41001 in 2018. This has undoubtedly been the longest wave and the one that will most likely change the position of FM within companies. Or so we thought.

The fact is that time passes and no changes come about, there is no real interest and the market does not respond as expected. I have prepared a global study with surprising results: over 50 per cent of the more than 2,300 respondents have not heard of the standards, and I estimate that 95 per cent of the professionals in the sector are unfamiliar with them. It is disheartening to see that four years after being published, the desired effect has not been achieved. We are still making international standards, perhaps many. I don’t know if this the right course of action.

And what wave are we currently undergoing with FM? Well, as always, we are thrilled because this is the ultimate one; we have finally nailed it. After COVID, in 2021 it seems that the work of the department has been acknowledged and that from now on we are going to be paid attention to and looked at with different eyes… or are we? Everyone is calling us to see what needs to be done; suppliers, invisible until now, are treated with unparalleled respect, and FM professionals are consulted and taken into account when making decisions, something else which was inconceivable in many companies before the pandemic.

We remain enthusiastic in our fourth wave. Let’s see how long it lasts and if we reach clear conclusions because I see myself rewriting this article in four years saying that we are in the fifth wave and nothing has changed. All being well, at least facilities management will not disappear as some people are predicting.

Picture: a photograph of a sea wave

The Rule of Six – Will it Affect Employee Confidence When Returning to Work?

Boris’ new rule of six doesn’t apply to workplaces, but how might the tightening of lockdown measures affect general confidence when returning to...

Customer Experience in a Post-COVID World

How has the concept of a good customer experience changed in light of the pandemic? Julie Hulme from Expeditious Services shares her views. Julie Hulme is the...

Simone Fenton-Jarvis – Being Human at Work

What does it mean to be a human at work? Workplace consultant Simone Fenton-Jarvis explores the importance of bringing your whole self to work in her new...