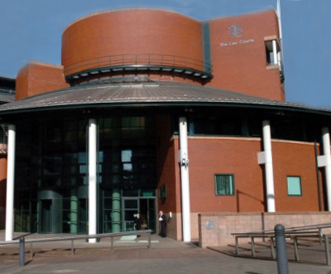 A conman was caught after he stole the identities of innocent people, took out fake motor insurance policies and posed as a care assistant who was the victim of a number of car crashes.

Naveed Shah of Blackburn Road, Great Harwood, Lancashire, used the scam to try and steal hire cars – collectively worth £200,000 – that he booked when reporting the fake accidents.

He was caught after a sting operation was carried out by anti-fraud unit, APU, when he tried to hire a car from accident management firm, Accident Exchange.

Shah pleaded guilty to two counts of conspiracy to make false insurance claims and steal courtesy cars at Preston Crown Court. He will return for sentencing on 16 June but was warned by Judge H. Lloyd that a custodial sentence was “most likely”.

Shah used the false identity details to make hire car bookings with claims firms. He would then change the delivery location at the last minute, typically asking for cars to be handed over in the North of England, often at medical facilities where he claimed to be working or visiting sick relatives.

He fabricated crashes in the South of England, East Midlands and West Midlands and having obtained a hire car, would quickly dispose of it before adopting a different identity and targeting another hire company.

In total, over £200,000 worth of cars disappeared without trace, leaving the companies without a way of uncovering the true identity of the fraudster.

After attempting to claim a hire car from Accident Exchange, anti-motor fraud specialist, APU, flagged the claim as suspicious and with the assistance of international law firm Hill Dickinson Solicitors and its Netfoil database, was able to warn other insurers and hire companies of their concerns.

APU and its team of ex-police and fraud intelligence officers launched a privately funded investigation including two staged ‘sting’ operations in which Shah was expecting delivery of a hire car but was greeted instead by APU investigators. Lancashire Police officers were fully briefed and arrested a very surprised Shah on both occasions with APU then handing over a portfolio of ‘compelling’ evidence to help them uncover the whole extent of Shah’s offending.

On one occasion, APU operatives even followed Shah back into a hospital at which he claimed to be working and followed him for 45 minutes as he walked around the facility’s corridors.

“Shah had obviously figured out what he thought was a fool-proof way to steal cars and he’d use a false identity and payment cards to take out motor insurance policies on cars he never owned and then report fictitious crashes,” explained Neil Thomas, Head of Investigative Services, APU. “This is different to other scams where fraudsters seek personal injury payments; instead Shah was intent on stealing the hire cars and has gone to great lengths to achieve this. In fact if it hadn’t been for way the various parties worked together with Lancashire police, I’m not sure his identity would ever have been uncovered.”

Mr Thomas believed that the fact that he had now pleaded guilty to conspiracy and other charges showed he was part of an organised team and not just a minor player who took delivery of the cars. “It was a cowardly and pre-meditated scam that affected the individuals whose identities he stole as well as defrauding the claims companies of money, so I’m pleased that APU has played a key part in bringing him to justice,” he concluded.

Picture: Preston Crown Court where fraudster Naveed Shah was caught in a sting operation and assisted by APU working in conjunction with Lancashire Police and Hill Dickinson Solicitors

There are a plethora of websites posing as government or official websites and charging fees for services that are often free. These same sites will also charge an...