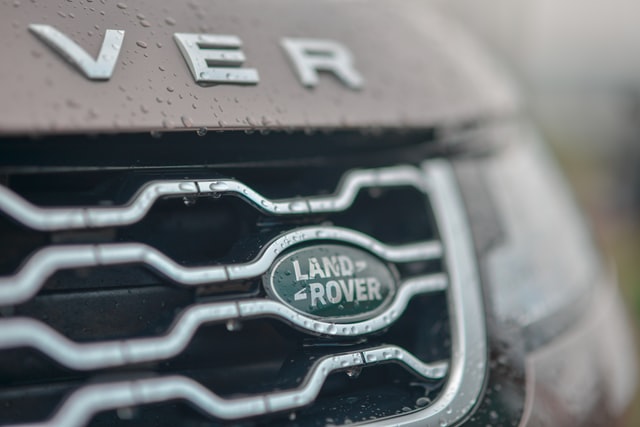 A transgender woman has successfully brought claims against Jaguar Land Rover, saying she had suffered abuse and a lack of support whilst working as an engineer for the car manufacturer.

The tribunal case saw an English court recognising non-binary or gender-fluid identity as being protected under the Equality Act 2010 for the first time.

As a result of the event, Jaguar Land Rover has signed a legal agreement with the Equality and Human Rights Commission (EHRC) to improve its policies and practices in relation to equality and diversity.

“Trans people face barriers in many aspects of their lives – from bullying at school to poor mental health, discrimination and hate crime. By signing this agreement and implementing our agreed action plan, Jaguar Land Rover has made a significant commitment to prioritise the wellbeing of its staff."

Abuse and a Lack of Support in the Workplace

Ms Taylor successfully brought claims against Jaguar Land Rover, saying she had suffered abuse and a lack of support at work.  She had worked at Jaguar Land Rover for almost 20 years as an engineer and had previously presented as male, before coming out as gender fluid or non-binary. She now identifies as a woman.

The now ex-employee suffered harassment and discrimination from her work colleagues once she started wearing mostly women’s clothes. She was subjected to insults from colleagues and abusive jokes and experienced difficulties using toilet facilities or getting managerial support.

According to data from Stonewall, one in eight trans employees (12 per cent) have been physically attacked by colleagues or customers in the last year.

Ms Taylor later resigned from her position and took Jaguar Land Rover to a tribunal stating that she had suffered harassment and direct discrimination in the workplace because of gender reassignment and sexual orientation. She also claimed victimisation after the company later failed to permit her to retract her resignation.

The tribunal agreed Jaguar Land Rover had failed to adequately support the employee when she made complaints. It also found Jaguar Land Rover could not demonstrate that staff were trained on or even aware of its Equality Opportunity policy.

Under the terms of the agreement, Jaguar Land Rover agreed to develop an action plan to prevent future breaches of equality law. The plan, which includes recommendations made by the Employment Tribunal, commits Jaguar Land Rover to publicising its newly developed diversity and inclusion strategy internally and externally to ensure transparency and accountability.

An external consultant will review current diversity and inclusion practices and identifying any areas which require improvement, including taking steps to mitigate any risks of harassment identified

Staff will be required to complete mandatory e-learning modules on diversity and inclusion and bullying and harassment within 3 months of joining Jaguar Land Rover; with supplemental training for people managers and senior leaders.

The EHRC will monitor the action plan to ensure the actions are completed within the agreed timescales. It can also use its legal powers to enforce the plan in the event of non-compliance by Jaguar Land Rover.

Commenting on the agreement, Marcial Boo, Chief Executive of the Equality and Human Rights Commission, said: “Employers have a duty of care to protect their staff, and everyone has the right to a working environment free from worry or fear of harassment from their colleagues.

“Trans people face barriers in many aspects of their lives – from bullying at school to poor mental health, discrimination and hate crime. By signing this agreement and implementing our agreed action plan, Jaguar Land Rover has made a significant commitment to prioritise the wellbeing of its staff.

“Every employer, no matter how big or small, is responsible for protecting its workforce. The government has announced a mandatory duty on employers to protect staff from harassment. The Equality and Human Rights Commission will work with all businesses so they do so.”

Dave Williams, Jaguar Land Rover’s Executive Director for Human Resources added: “Jaguar Land Rover does not tolerate discrimination of any kind. We are committed to creating an environment where everyone can flourish, where our employees feel listened to, understood, supported and valued equally.

“Since 2017 we have made good progress on our Diversity and Inclusion initiatives including launching our PRIDE employee network and achieving ongoing annual improvements in our Stonewall Workplace Equality Index rating. Furthermore, we have appointed a Board level sponsor for Diversity and Inclusion and created an Executive Steering Committee to consult on diversity matters, whilst in the last 12 months, we have doubled the size of our HR team working in this area.

“We are committed to continuing to work with our leaders, employees and employee-led diversity networks to foster an inclusive and gender-balanced culture that is representative of the society in which we live.”

The EHRC published technical guidance in 2020 which explains employers’ legal responsibilities and the practical steps they should take to prevent and respond to harassment and victimisation at work.

Picture: a photograph of a Land Rover car

How can FM employers offer a more supportive environment for transgender people? We explore this with Samantha West, Commercial Director at VINCI Facilities and...

This month, organisations and individuals from the facilities management industry have planned several educational and celebratory events to mark LGBT+ History Month...