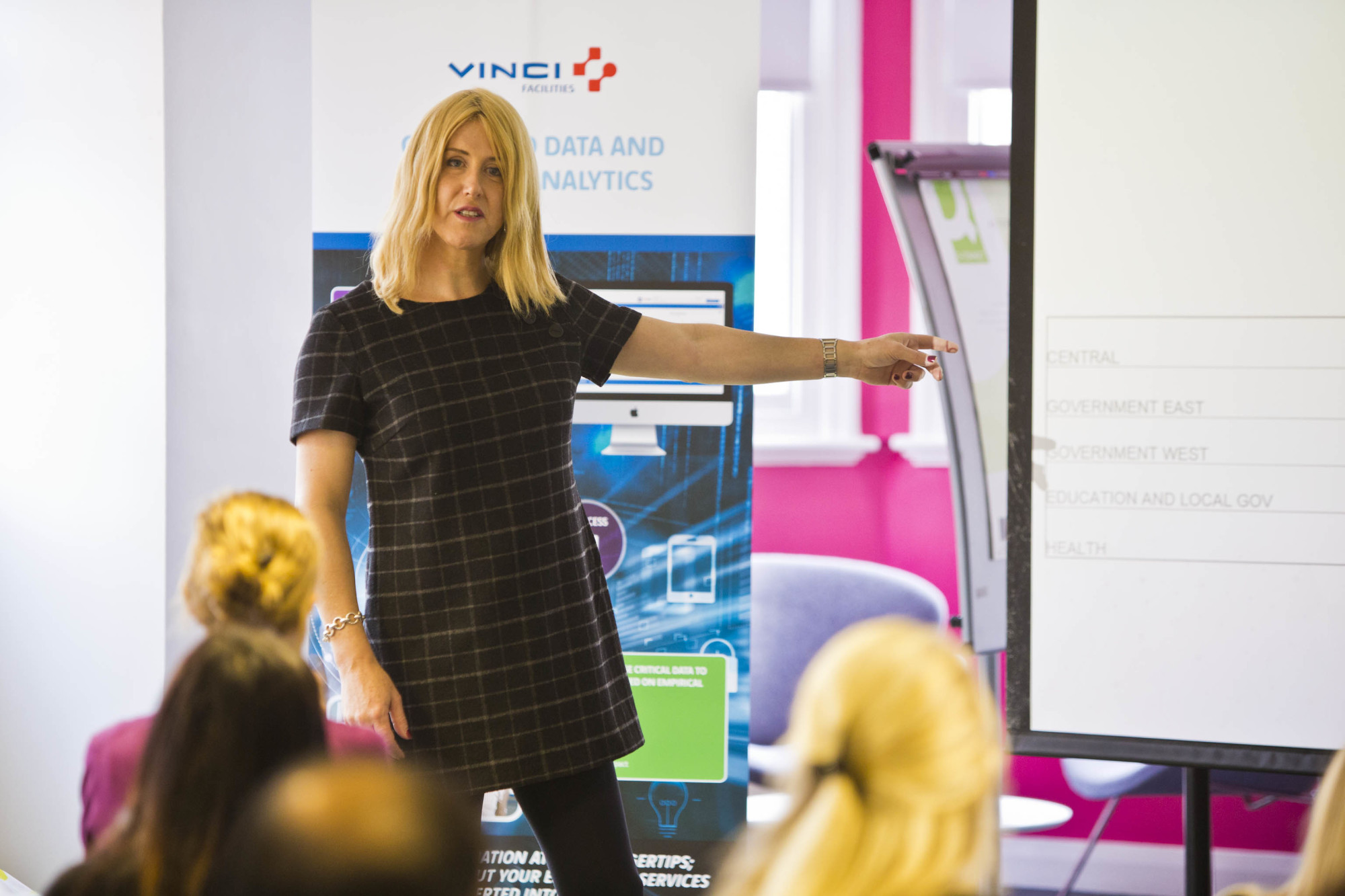 At the virtually hosted CIPD Festival of Work, the topic of preserving the diversity agenda was addressed by two guest speakers, each offering a unique insight on the subject.

Diversity and inclusion was discussed with particular relation to the current global pandemic, the isolation that we are all experiencing and the promise to not let inclusion drop down the priority list for employers.

“People Are More Productive When They Can Be Themselves”

Samantha West, Commercial Director at VINCI Facilities spoke passionately about her own personal experience with gender dysphoria and her transgender journey. West has a huge amount of experience in the FM industry, and is responsible for £125m of business in the public sector including maintenance to schools, hospitals, stadia, rail, corporate estates and government offices. She has worked in the construction and facilities management industries for 30 years

West’s message for FM businesses is simple: great benefits will come to those that embrace inclusivity. People perform better, and remain loyal when you remove unconscious bias:

“There are benefits to businesses. People are more productive when they can be themselves, they can trust each other. Inclusive cultures are more profitable”.

After West’s transition, she felt increased empathy with others, felt a great affinity with the female community in her workplace and outside. After feeling some initial uneasiness, West now feels that, in her work life and personal life, she is respected, gendered correctly and is called by her right name.

Although West has herself experienced great support from her employer and in the business community, she admits there is still lots of work to be done:

“In business, in lots of ways, it’s still not good enough. People are going back in the closet, concealing their identities, self-harming, being discriminated against at work and even leaving businesses.”

“In business, in lots of ways, it’s still not good enough. People are going back in the closet, concealing their identities, self-harming, being discriminated against at work and even leaving businesses.”

West now works within an LGBTQ+ FM Committee, striving to make FM one of the most inclusive industries. The LGBT+ in FM network is formed of a group of individuals from various organisations within the FM sector. They work on a voluntary basis, and those involved may already have LGBT+ networks, are in the process of forming them, or are too small to have their own.

Preserving Diversity And Inclusion During COVID-19

Samantha West also offered some vital ways that employers can ensure that diversity and inclusion doesn't slip to the bottom of the business priority list during disruptive times:

Winston Ben Clements, Specialist and Advisor on inclusion & culture to global organisations spoke about, as a 21-year-old joining a large investment bank in London, feeling like he wasn’t fitting in. Despite being part of a diverse and exciting company, in a great role, Clements felt a disconnect both as a person of colour and someone born with a disability.

“Having those characteristics as part of my story, made me wonder whether there were other people working for large organisations, who were too feeling this type of disconnect.” Clements was predicted to live a life of isolation and pain due to a rare bone disorder known as Osteogenesis Imperfecta (OI). This condition caused his bones to be extremely fragile, suffering over 200 fractures in his lifetime. He has shared his story on stages, conferences and media platforms all around the world. He specialises in resilience and leadership training as well as diversity and inclusion.

Clements uses an interesting metaphor to define the umbrella term of diversity and inclusion: a puzzle. He cited diversity as being the different puzzle pieces, with inclusion being the act of fitting those together. These words, although grouped together, are fundamentally different and Clements believes this lack of understanding can sometimes mean less inclusion:

“Where an organisation might feel that they have a very diverse workforce, there is usually some room for growth on the inclusion side. That’s why I made it my mission to support some of the world’s leading organisations in making their cultures more inclusive.”

"Having a passive attitude to diversity and inclusion is no longer good enough. Business leaders need to force the culture of conscious inclusion.”

Specialist and Advisor on inclusion & culture to global organisations

“Similarly, having a passive attitude to diversity and inclusion is no longer good enough. Business leaders need to force the culture of conscious inclusion.”

Where multiple forms of inequality exist, Clements also spoke about intersectionality as a helpful tool for understanding the challenges that certain groups might face. It also helps employers to recognise when certain intersections become problematic and might create a privilege for some.

More workplaces than ever are taking LGBTQ+ inclusion seriously – with 503 entries received to get on Stonewall's Top 100 Employers 2020 list. The...

A new report suggests that profit margins are 10 times greater in firms where at least one-third of the executive committee are women, compared to those with less female...

Compass Group UK & Ireland has signed up to the Race at Work Charter, in partnership with Business in the Community (BITC). The initiative has been designed...

The Crown Prosecution Service is to review evidence into the death of railway worker Belly Mujinga, a ticket officer with underlying respiratory problems who died...