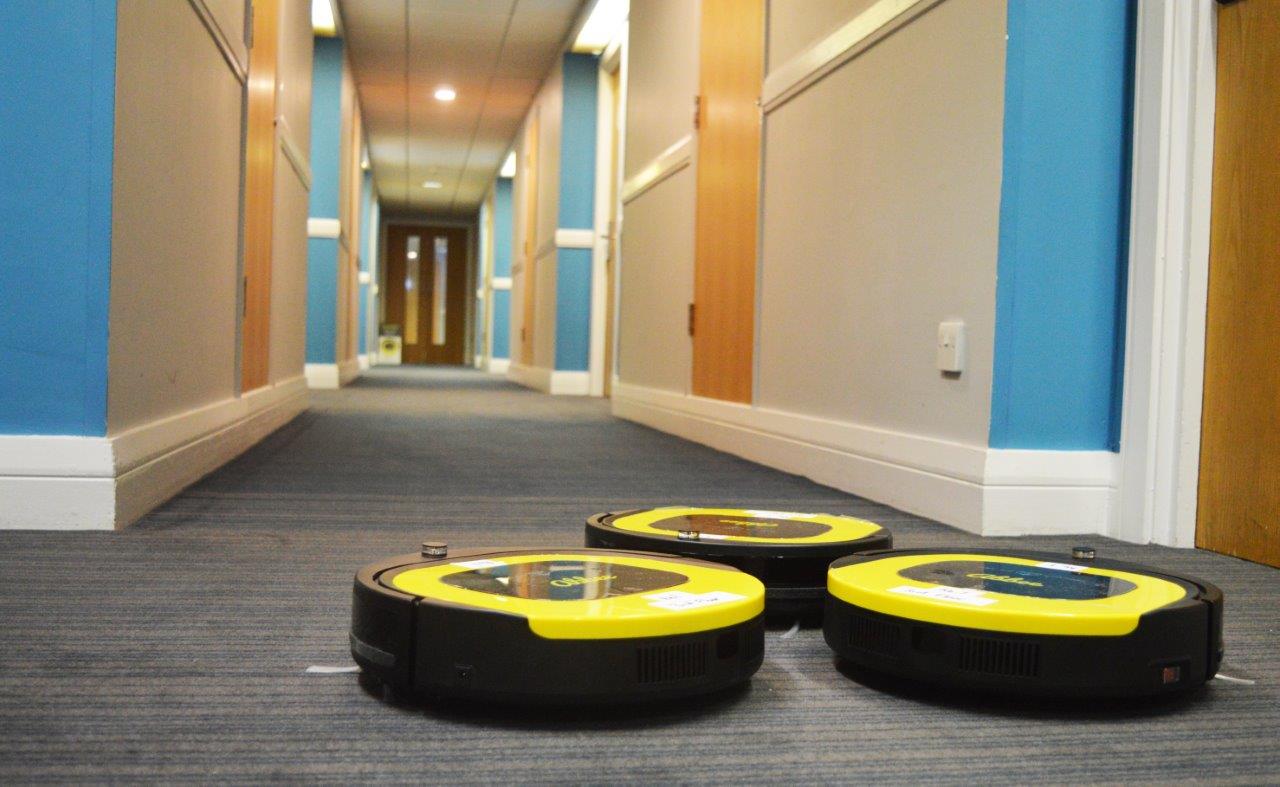 In a recent poll of cleaning professionals by TPLC, only two per cent ranked vacuuming as important, yet vacuuming takes about 25 per cent of a cleaner’s time. They explained why automated vacuuming cost less, cleans better, saves energy and frees up skilled cleaning teams to concentrate on the important tasks.

Touch points, toilets and kitchens accounted for the other 98 per cent of votes, which makes perfect sense as these are the high-risk areas when it comes to infection control. Creating any time or cost saving in these areas is almost impossible, but vacuuming is easy to automate and could free up a lot more time for the 98 per cent of higher priority duties.

"Replacing a laborious task with automation ultimately helps reduce the spread of infection by allowing people to concentrate on the really important responsibilities."

Pre-covid, a cleaner was typically spending 25 per cent of their time vacuuming. TPLC wanted to understand cleaning priorities in the current climate, so asked 2,000 cleaning professionals to select which activity was the most important cleaning task. As predicted, vacuuming came bottom, with touch points, kitchens and washrooms scoring highest in level of significance.

Current government guidance states that regular cleaning plays a vital role in limiting the transmission of COVID-19 and that this should be increased in frequency paying particular attention to all surfaces, but especially ones that are touched frequently, such as door handles, light switches, work surfaces, remote controls and electronic devices.  As a minimum, it is advised that frequently touched surfaces should be wiped down twice a day.

Touch point sanitisation must be completed by skilled teams with a high level of accuracy and must be completed regularly. Talking with cleaning industry professionals TPLC, less important tasks, like vacuuming, are often rushed, missed, or more staff are having to be recruited to deal with the additional work. Even though vacuuming is deemed less imperative at this time – it is the one task that can be the most noticeable when missed or rushed.

The time saved by using robot vacuums, such as the TPLC offering Abbee, can be used to free up cleaning personnel to execute the most critical tasks while ensuring visible and sanitisation standards remain at a high level. This is just one way in which this sort of machine aid has helped facilities managers address challenges of the last year, reducing risk to people and providing consistent results.

“This recent poll puts vacuuming at the bottom of the list because it is not a touch point or key to people's health," said Michael Richardson, CEO of TPLC. "Vacuuming is easy to automate, saves money and releases time for the important tasks. Using automated technology for vacuuming works – Abbees collect 50 per cent more debris than a traditional tub vacuum and typically cost 50 per cent less to use. Replacing a laborious task with automation ultimately helps reduce the spread of infection by allowing people to concentrate on the really important responsibilities. We are also incredibly excited by the findings of a recent study which shows a fall in pathogen levels when using an Abbee compared to a traditional tub vacuum on carpeted floor areas. More to follow on that!”

Golnaz Fathi, Sales and Marketing Director of TPLC also commented, saying “the cost of additional cleaning tasks and of illness to individuals, businesses and the overall economy is huge and if a proportion of this can be saved by giving cleaners extra time by automating some of their work, then it must be worth it.”

Facilities managers looking for Cleaning Services or Cleaning Equipment & Supplies can use the new Business Directory with Spotted Cow Media.

Launching at The Cleaning Show 2021, Rex the robot uses lidar technology to clean 4,032m² - or the size of a football field - in one hour, the highest cleaning...

Self-driving UV disinfection bots, zero-plastic toilet paper and water-based antimicrobial spray are just some of the innovations to be launched at this year's...

How Robots are Changing the Business of Cleaning in Facilities

Michel Sprujit from Brain Corp Europe discusses the role of robots in the cleaning industry. Michel Sprujit is the Vice President and General Manager of Brain...

In a UK Government funded trial, robots were used to clean the floors in 25 care homes and the results showed that pathogen levels dropped by 41 per cent in just...

Ezitracker, a provider of workforce management software, has collaborated on a project to increase productivity in the cleaning environment by introducing Robotic Vacuum...

Kaivac's new OmniFlex SUV is claimed to be an effective mop replacement that can be used for cleaning-up wet and dry spillages. It has past a testing phase on the...

A new range of upright vacuum cleaners which is designed to provide effective, user-friendly cleaning and ‘excellent’ reliability will be on the SEBO...