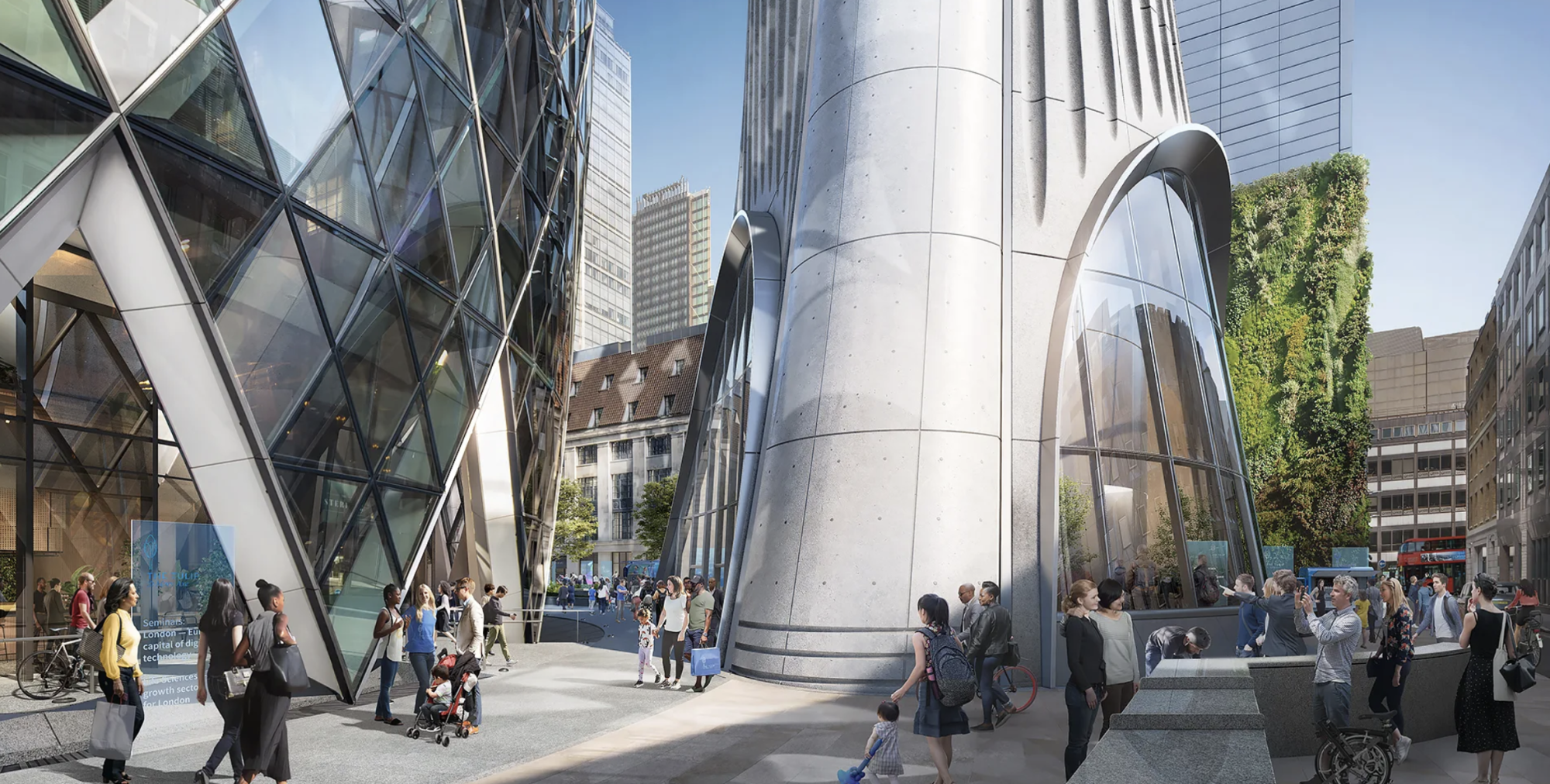 The high-tech skyscraper next to the Gherkin was supposed to be a new urban square for Londoners, but the government has rejected plans for its construction.

The Tulip would have been the tallest building in the City of London and the second highest in the capital, after The Shard.

Housing Secretary Michael Gove’s lengthy decision letter describes several concerns including disrupting the balance of heritage and modern buildings, the proposed use of unseasonable building materials and the potential to disrupt views of nearby heritage sites.

The 12-story building was initially approved by the City of London Corporation, but then rejected by Mayor Sadiq Khan.

The Foster & Partners development cited itself as a sustainable asset to London’s skyline, with a new education facility for the use of London state schools. So, what went wrong?

One major stumbling block for The Tulip was its domination on London’s skyline.

David Nicholson RIBA IHBC, an Inspector appointed by the Secretary of State for Communities and Local Government, concluded that on the walk across Tower Bridge, the Tulip would appear to move right the way through the airspace behind the White Tower and this would be “highly apparent and intrusive to the viewer.”

He also stated that the open sky around the White Tower would be “severely affected” by the Tulip and would disrupt the sensitive balance between the City and the world heritage site.

It was decided that there would be additional harm to the settings of other designated heritage assets, notably the church of St Botolph without Aldgate, 10 Trinity Square and Trinity House

Unsustainable Use of Concrete

Despite the project aiming for a BREEAM rating of outstanding, the decision letter rules that the extensive measures that would be taken to minimise carbon emissions during construction would not outweigh the highly unsustainable concept of using vast quantities of reinforced concrete for the foundations and lift shaft.

Foster & Partners, member of the Low Carbon Concrete Group of the Green Construction Board, argued that the material choice was a key part of the design process and that concrete would reduce embodied energy by 31 per cent compared with steel.

Picture: a photograph giving a bird's eye view of the Tulip and Gherkin

“A Lift Shaft With a Bulge”

The CEO of  Historic England called the attraction “a lift shaft with a bulge” in 2019, citing its impact on the Tower of London

Historic England has welcomed the rejection decision, saying that they have long been of the opinion that The Tulip would be visually intrusive and highly incongruous from key viewpoints of the Tower, detracting from the experience of visiting the site for millions of tourists and Londoners.

It is also their view that it would harm the significance of the Tower of London as a World Heritage Site, and therefore the proposals ran contrary to local and national planning policies.

Developer Bury Street Properties told The Guardian newspaper: “We are disappointed by the UK government’s decision to refuse planning permission for the Tulip.

“In our opinion, this project represented a unique opportunity to reaffirm London’s world-leading reputation in architecture, culture, education, and tourism.”

Judith Dupré, author of Skyscrapers, A History of the World's Most Extraordinary Buildings, questioned the future of skyscrapers themselves in a recent BBC article. She states that that height and design restrictions on new skyscrapers such as The Tulip might mean their golden age is over:

“Skyscrapers convey power, economic might, and technical prowess - attributes that are irresistible to nation builders.

“The pandemic has compelled more expansive thinking about tall buildings and the people who work in them, calling for flexibility, adaptability, access to nature, and towers that conserve more and consume less.”

Picture: a photograph of the exterior of the Tulip. Image Credit: The Tulip