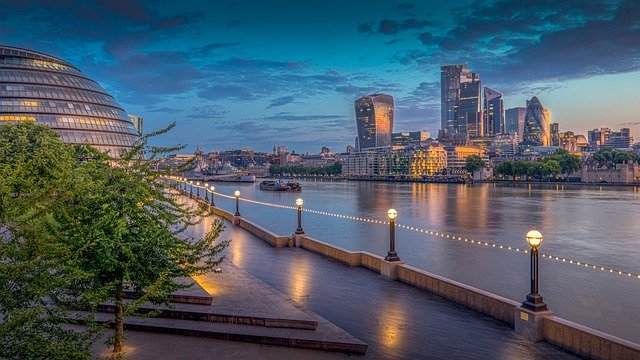 The latest data from global advisory firm Cushman & Wakefield shows Central London office take-up totalled 1.28 million square feet (MSF) in Q1 2021, a 117 per cent increase on the previous quarter and the highest since the beginning of lockdown in March last year.

All London markets saw an increase in activity as larger tenants committed to office space – there was 2.2 million square feet under offer at the quarter end suggesting continued strong take-up into the second quarter.

The legal sector represented the largest share of 2021 Q1 take-up, accounting for 24 per cent of total volumes. The banking & financial sector continued to be active with an 23 per cent share of quarterly leasing volumes, followed by the media & tech sector which accounted for a further 20 per cent.

Pre-letting continued to play an important role in the London leasing market, accounting for 27 per cent of total take-up across Q1 as occupiers are forced to look further ahead to secure the building they require. Two out of the top three occupier transacions in the first quarter of 2021 were pre-let schemes, including legal firm Latham Watkin and owner of multiple popular fashion brands PVH. The third is popular social media app TikTok that has leased the entire Helical office building called Kaleidoscope.

“As lockdown restrictions have eased, we have seen a noticeable strengthening of sentiment which has led to an increase in leasing activity, said Ben Cullen, Head of Offices, UK at Cushman & Wakefield. "This quarter’s results strongly suggest that the market is firmly in the recovery phase after the slump in activity last year.”

Prime headline rents remained stable at £102.50 per sq ft and £65.00 per sq ft in the West End and City respectively as occupier demand continued to focus on the best space.

Patrick Scanlon, Head of UK Offices Insight at Cushman & Wakefield, said: “Forecasts of strong economic growth and employment growth in the office sector will drive activity in the leasing market in 2021. This strengthening occupational market can only help continue to attract global capital, which is already targeting London not least due to its strong fundamentals and relative discount to other global gateway cities.”

Despite the restrictions surrounding international travel, Cushman & Wakefield data still shows significant demand from both domestic and foreign investors. Asia Pacific purchasers were the dominant source of capital into Central London in Q1 2021, accounting for over a third of all turnover, followed by UK investors who accounted for 24 per cent. Cushman & Wakefield expects investor appetite will continue to rise as travel bans are lifted, likely bringing further stock to a market that has seen turnover restricted by a lack of stock over the past 12 months.

Topland and development partner Beltane Asset Management have started construction of Verdant, a comprehensive extension and redevelopment of 150 Aldersgate Street and...