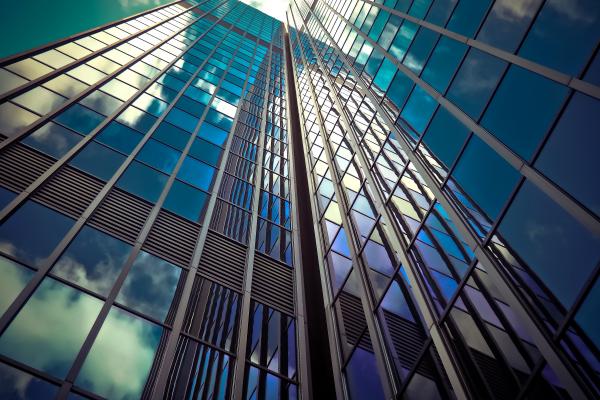 An architect's job is often a difficult balancing act between three core concepts - firmness, commodity and delight, writes Matt Collins. A building should primarily be durable, it should then be easy and convenient to use and, finally, it should excite and delight its audience.

Ide Systems was called into one such building in the London, which faced a growing problem after three decades of use. The firm occupying the building had seen its home become a design icon because its services, including ducts, lifts and electrical power infrastructure are located on the outside of the building to maximise internal space.

While the building has generally stood the test of time, over the course of the last year it's electrical services had suffered from water ingress and corrosion. Because the firm generates billions of pounds in revenue a year, it was critical that a continuous supply of power was maintained while repair work was carried out.

The facility's management also faced a secondary problem with free-runners trespassing on the roof of the building, where some of the electrical infrastructure is located, creating a security and safety concern.

Finally, because the building has listed status, any solution that was delivered could not be invasive and had to fit onto external gantries running on the outside of the building. This was a challenge because the gantries are only 500mm wide and situated at a height of up to 100m from the ground.

Ide Systems designed, manufactured and delivered a temporary overlay for the outside of the building. This consisted of a 630A four-pole moulded case circuit breaker (MCCB) and a range of 125A 400V switched interlocked socket outlets, which are designed to be tamper proof, preventing disconnection under load. The accompanying switchgear was placed behind locked windows and Ide Systems built the enclosures with an IP65 ingress protection rating, preventing damage from water and dust.

So that the units could fit on the narrow 500mm gantries, without damaging the listed building, ide's engineers redesigned the boards to be tall and narrow allowing them to be manoeuvred into position and bolted down.

The project has been a success future work secured to upgrade other parts of the building, as well as a service level agreement to provide ongoing maintenance and emergency callout services.

Facilities managers working in any application where upgrades or repair work needs to be carried out must ensure that the temporary power overlay delivers power continuously and reliably. While industrial chic might not be to everyone's tastes, a firm and robust design is a necessity for all.

CMD has been awarded a contract to supply the power distribution system for one of Europe’s largest casino resorts. The multi-million new casino resort located...