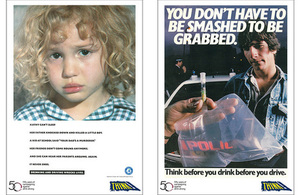 Life sentences will be introduced for those who cause death by dangerous driving and for careless drivers who kill while under the influence of drink or drugs and a new offence of causing serious injury through careless driving is to be created as part of government action to make roads safer and stop the devastation caused by dangerous drivers - and cyclists.

Ministers this week (ending October 20) confirmed that drivers who cause death by speeding, racing, or using a mobile phone could face sentences equivalent to manslaughter, with maximum penalties raised from the current 14 years to life.

The move comes after an overwhelming response to a consultation which revealed substantial backing for the plans from a wide range of people including victims, bereaved families and road safety experts.

Justice Minister Dominic Raab said: "We’ve taken a long hard look at driving sentences and we received 9,000 submissions to our consultation. Based on the seriousness of the worst cases, the anguish of the victims’ families,and maximum penalties for other serious offences such as manslaughter, we intend to introduce life sentences of imprisonment for those who wreck lives by driving dangerously, drunk or high on drugs."

The measures will see custodial sentences for causing death by careless or dangerous driving increase from an average of 45.8 months in 2015 although decisions on sentencing will still sit with the judge in each case.

Commenting on the news, Jason Wakeford, director of campaigns for Brake, the road safety charity, said: "The announcement is a major victory for the families of victims and charities, including Brake, who have campaigned for punishments which better fit road crimes that kill and seriously injure people.

"We applaud the Government for at last recognising that the statute books have been weighed against thousands of families who have had their lives torn apart through the actions of drivers who have flagrantly broken the law.

"In addition to tougher penalties, Government must also make road policing a national priority, reversing savage cuts to front line resources so that laws are properly enforced in the first place. Figures released only last month reveal that almost 1,800 people were killed on British roads last year - a four per cent rise since 2015."

In 50 years, drink driving deaths have fallen from 1,640 to 200 per year. Thousands of lives have been saved since the Department for Transport (introduced the maximum legal drink drive limit 50 years ago.

The landmark Road Safety Act 1967 (Oct 7) made it an offence to drive a vehicle with a blood alcohol concentration of over 80mg of alcohol per 100ml of blood - a limit which remains in place to this day.

The THINK! campaign has successfully challenged a number of behaviours and attitudes to improve road safety, including drink driving. The iconic campaigns have helped reduce the number of deaths on British roads from 22 per day in the 1960s to the current level of 5.

Roads Minister Jesse Norman said: "This is a remarkable milestone. The change in attitudes to drink driving during this time has been profound and there is little doubt that the introduction of the drink-drive limit helped to give us what remains one of the safest road networks in the world.

"There is still much further to go, but we are making good progress. Our THINK! campaigns should help to reduce the number of drink drive incidents even further."

RAC road safety spokesman Pete Williams said: "The introduction of a legal maximum limit for the amount of alcohol permissible in a driver’s blood has without doubt saved hundreds of lives on the UK’s roads since 1967. The breathalyser is central to this as it gave police the ability to assess accurately at the roadside whether a driver was over the limit.

"High-profile police drink-drive campaigns send strong messages to motorists about the tragic consequences of driving under the influence of alcohol and let offenders know they will be caught and punished."

Picture: In 1967 the Ministry of Transport, launched a major publicity campaign around the new act. The campaign comprised TV, film and newspaper advertising and saw millions of leaflets distributed with vehicle licences

Below: 50 Years of THINK! Drink Drive Campaigns -Thousands of lives have been saved since the maximum legal drink drive limit was introduced 50 years ago this weekend

Oh I Do Like To Be Beside The Seaside

The RIBA Stirling Prize judges have decided they really do like being beside the sea as they have voted their top prize to the fabulously restored Hastings Pier. The...

The Facilities Industry Annual Summer River Boat Party is one of the most popular events in the facilities management industry’s calendar. This year's event,...