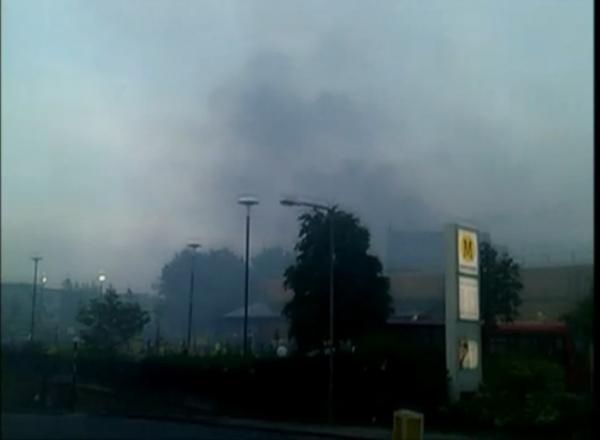 Ten fire engines and 72 firefighters and officers were called to a fire at Stables Market on Chalk Farm Road in Camden, London yesterday evening. 600 people were evacuated including those shopping in a nearby Morrisons.

A number of railway arches used as shops were damaged by the blaze.

Borough Commander Richard Welch told ThisWeekinFM: “When firefighters arrived they were faced with a fire in a range of shops under railway arches and the smoke could be seen from miles around. Firefighters worked hard to bring the blaze under control and stop it spreading further.” 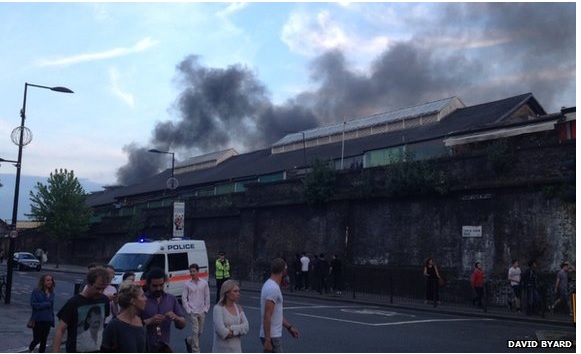 The fear had been that the fire, which occurred in the roof voids above the shops would spread to the railway lines above causing disruption to major links into London stations Euston, Kings Cross and St. Pancras International. The consequential losses to property owners would were potentially massive.

The Brigade was called at 19:57 and the fire was under control at 22:50. Fire crews from Kentish Town, Euston, West Hampstead, Lambeth, Holloway, Islington and Soho fire stations attended the incident.

The cause of the fire is under investigation at this stage.