A Corrosive Attitude to Chemical Safety 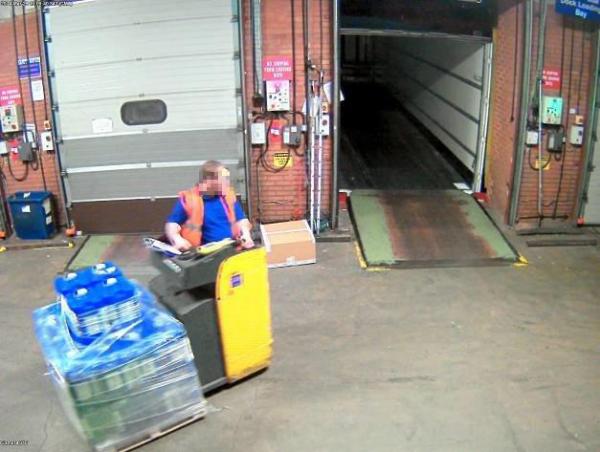 A leak of corrosive potassium hydroxide on a lorry was an ‘immediate risk’ to public safety but after noticing it the driver continued a 12-mile journey.

Magistrates at Medway Magistrates’ Court were told that some of the 170 plastic jerricans containing 45% solution of the corrosive substance had not been adequately tightened, nor securely stacked on pallets which in turn, were not adequately braced on the trailer.

The jerricans toppled over while being transported from Whitman Laboratories, in Petersfield, Hampshire, to Belgium, by a driver working for Allport Cargo Services on 30 March 2014.

The driver noticed his load was leaking during a stop at a motorway service station on the M2 in Kent. He phoned his transport supervisor and said the substance was corrosive and that he wanted the emergency services to be called.

After consulting her line manager, the transport supervisor directed the driver to return to the company depot in Sittingbourne, approximately 12 miles away.

On arrival, the extent of damage was realised and the emergency services were finally called –nearly two hours after the leak was originally discovered. Six fire engines attended the scene and hosed down the contaminated area.

The driver and warehouse supervisor, who had been called in to assist, were believed to have been exposed to the material. They were stripped down and hosed on site, before being taken to hospital for observation. The service station was also decontaminated. Around 85 litres of potassium hydroxide was lost.

It transpired, during an investigation by the Health and Safety Executive (HSE) that the jerricans had been loaded by an unsupervised contract employee, who had only started the job as a loader that week. The loader did not know how the items should be safety stowed and had not loaded a dangerous consignment previously. It was found that Whitman provided little guidance on safe stowage.

At Medway Magistrates’ Court, both companies pleaded guilty to a single offence under the Carriage of Dangerous Goods and Transportable Pressure Equipment Regulations 2009. They were each fined £20,000 with costs of £3,438 and a £120 victim surcharge.

“Potassium hydroxide can cause severe damage to eyes and skin and is classified as dangerous for transport,” explained Andrew Lake, Inspector. “The responsibilities under the regulations are clear. It was only by chance that no-one was seriously injured in this incident.”

Picture: This image is a still from the CCTV footage and shows jerricans being moved on to the lorry.