A Drop of Comfort - April Falls 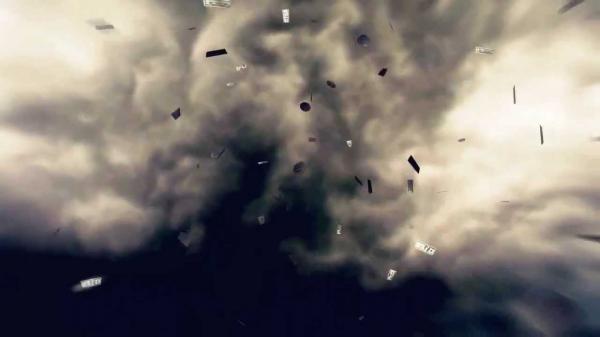 Up to a third of workers in some areas of Britain are set for a pay rise as a result of the introduction of the National Living Wage (NLW), the new legal wage floor of £7.20 an hour that comes into effect this Friday for employees aged 25 and over, according to new analysis published on Wednesday by the Resolution Foundation.

The Foundation’s analysis of the impact of the NLW across Britain finds that Torridge in Devon is Britain’s leading NLW hotspot. Over one in three workers (35 per cent) are set for a pay rise this year as a result of the NLW – almost double the proportion across Britain (18 per cent). The NLW is set to boost pay in Torridge by around £2 million.

Other National Living Wage hotspots include Rossendale in Lancashire, where 33 per cent of employees are set to benefit from its introduction, Woking in Surrey and Castle Point in Essex (where 32 per cent of workers will get a pay rise). The top ten NLW hotspots also include Oadby and Wigston (Leicestershire), Forest Heath (Suffolk), Mansfield (Derbyshire), West Somerset, Breckland (Norfolk) and Rother in Kent.

The Foundation notes that while the NLW will lead to a particularly big pay boost in these hotspots, it will also put pressure on local employers who are more likely to see significant wage bill increases.

The analysis finds that the NLW will have far less impact in London and parts of the South East. Just 3 per cent of employees in the City of London are set to benefit from the NLW this year, followed by Camden and Tower Hamlets (6 per cent) and Southwark and South Cambridgeshire (both 7 per cent).

The analysis also finds that Sheffield is the biggest National Living Wage hotspot of the major City regions across Britain. This year, 22 per cent of employees across the Sheffield region are set to get a pay rise as a result of the NLW. This will rise to 28 per cent by 2020 – more than any other major city in Britain – when the NLW reaches its target rate.

The Foundation says that the relative lack of employees affected by the new NLW in some areas reinforces the importance of the actual Living Wage campaign – a voluntary rate that is currently £9.40 an hour in London and £8.25 in the rest of the UK.

The Foundation argues that the successful implementation of the National Living Wage should be a top priority, not just for national government but for local leaders in areas where labour markets are heavily affected. Importantly this should include newly elected city mayors in places like Sheffield that are set for elections next year.

Around one in six employees across Britain will be affected by the NLW in 2016, with a total 4.5 employees getting a pay rise. The proportion of workers affected will increase as the NLW is ratcheted up towards its target rate of 60 per cent of typical earnings in 2020. It is projected to be around £9 an hour in that year, by which time around 6 million employees are expected to benefit.

Research published earlier this week by the Foundation showed that the introduction of the NLW will mean a 10.8 per cent pay rise for those who have been on the minimum wage over the last year. It also found that the lowest earners are set to see their pay rise 50 per cent faster than average earnings over the rest of the parliament.

Torsten Bell, Director of the Resolution Foundation, said: “Britain’s new legal wage floor will be felt throughout the country but its impact will be bigger in some areas than others. Relatively few employees will benefit in high-paying parts of Britain such as the City of London and Camden, reminding us of the need to see more employers sign up to pay the higher voluntary Living Wage.”

Picture: We're in the money...or is it a drop in the ocean?