A Prudence Fellow and the CIBSE Heroes 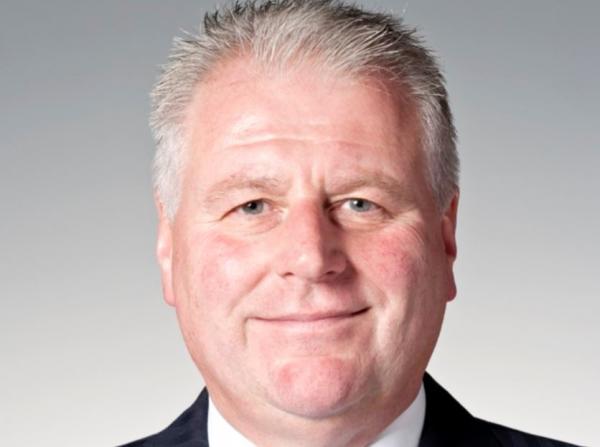 Geoff Prudence has recently been made a Fellow of the British Institute of Facilities Management (FBIFM). He is believed to be one of the only people in the world with Fellowship in CIBSE, RICS and now BIFM.

Prudence is known for actively championing the need for effective maintenance strategies, workable designs and driving improved standards of delivery in the built environment. He has been involved with numerous industry activities, panels, boards, improvement initiatives and is Chair of CIBSE Facilities Management and founding Chair of the BIM4FM cross industry workgroup.

He has over 40 year’s experience in private and public industry, including the banking sector, critical environments, large property portfolios, Transport/Rail Infrastructure, Local Authorities, District /Regional Government and the Education sector, with particular emphasis in recent years with leading change and business transformation.

The University of Bradford’s Facilities and Estates Management Team has been called an ‘inspiration’ to the facilities management industry by the Chartered Institution of Building Services Engineers Facilities Management Group after their fourth win at the Building Performance Awards, including their second success in the Awards’ top category.

Formerly Carbon Champions in 2012, the team from the University of Bradford claimed the re-named Building Performance Champion Award – the overall top prize of the evening – along with the Facilities Management Team Award.

Among its achievements as a result of the many changes and initiatives it has introduced, the University has managed to decrease its carbon footprint by 35% in a decade, cut utilities costs by 27% and save £8 million. City Campus in Bradford is the only place in the world where a single estate has three ‘BREEAM Outstanding’ buildings and a Passivhaus building within 100 metres of each other.

David Stevens, Co-Vice Chair of the CIBSE Facilities Management Group, said: “The Bradford team have a truly inspirational approach to facilities and sustainability management, and their continued success at the Building Performance Awards is testament to the great work being done out there by facilities managers in all kinds of industries.

“Their active engagement of stakeholders, such as joint ventures with academics, and commitment to sustainable development, evidenced by three BREEAM ‘Outstanding buildings and a Passivhaus Building, showed true commitment to estate improvement and carbon reduction”

Picked out of a strong field for their forward-thinking ‘Ecoversity’ programme, the University of Bradford have been recognised for implementing measures that tackle both the issues related to the fabric of their estate, and the issues relating to the estate’s occupants and users. This has been achieved by a determination to involve both students and staff in sustainability projects, and by fostering a strong sense of community around the sustainable development of the university.

In common with many UK Universities, the University of Bradford has a challenging facilities management landscape due to the greatly varying ages, usage patterns and functions of the buildings in its portfolio. In Bradford’s case, the majority of its stock dates back to the 1960s and ‘70s, with the attendant problems of asbestos, poor thermal performance, blow air heating and large areas of single glazing.

To counter these issues, the University undertook a comprehensive ‘fabric first’ renovation programme, including over-cladding two 1960s buildings – a thirteen-storey 33,940 sq m and three-storey 8,500 sq m workshop block. The university also has a number of rolling programmes. These include LED lighting and controls installation; replacing transformers and pumps; engineering and control improvements to the district heating network; expanding the BEMS, and reviewing and optimising compressed air.

They also include rolling energy audits; identifying water usage; a review of air conditioning; consultations with users over operating times, and installation of a second CHP (Combined Heat and Power) and optimisation of the existing plant. Finally, the university actively discourages the use and installation of comfort cooling across the estate, and has an unswerving focus on providing high quality natural ventilation. This is overseen by two new Building Services Technicians, employed to manage energy use and optimise the estate’s systems on an ongoing basis.

Ultimately, the judges’ decision to present the Bradford team with two awards came down to the high quality data they were able to provide, as well as evidence of a stringent and continually challenging carbon management plan and targets. By treating building performance as a key factor in the University’s decision-making process, and involving staff and students in the process to improve occupant behaviours, the team have created a system which goes above and beyond the needs of the institution.