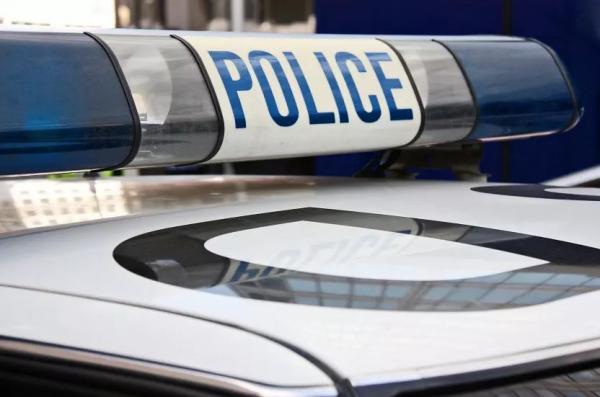 As a series of Breakfast Briefings hosted by CBRE, in association with ThisWeekinFM.com, the first focusing on Counter Terrorism for Facilities Management got underway (Thurs 28). We now look at the number of terror related arrests and Court Hearings in just the past week - and provide lessons on what the sector can contribute to direct and national security.

Please note the Breakfast Briefing on Thurs 28 will was to a capacity crowd of those working directly in FM and property fields with no supplier representatives allowed. Future dates and future topiics will be advised.

The men released today are:

To date, seven people have been arrested as part of the investigation being carried out by the Met's Counter Terrorism Command. Only one person has been charged (six have been released with no further action planned. The arrest addresses have all been searched and returned bar one in Cardiff.)

Ahmed Hassan, 18, of Sunbury, Surrey, was charged with attempted murder and explosive offences.

Detectives from the Metropolitan Police's Counter Terrorism Command have arrested a 19-year-old woman over terrorism funding.

The woman attended a south London police station by appointment on Thursday September 28 and was arrested on suspicion of being involved in funding terrorism, contrary to Section 17 of the Terrorism Act 2000. She currently remains in custody.

The arrest is not linked to the Parsons Green investigation.

On the 12 January this year officers also searched a north London address and arrested a 51-year old woman on suspicion of funding terrorism as part of this investigation. She was bailed pending further inquiries.

Both arrests, which relate to Syria, were made under the Police and Criminal Evidence Act (PACE).

A man arrested in Whitehall on Thursday, April 27  and charged with the intention of committing acts of terrorism and explosives offences (in his possession or under his control a quantity of explosive substances) on May 9 pleaded not guilty to the charges at the Old Bailey on Tuesday, September 26. Some Counts relate to activity in Afghanistan in 2012. He has been remanded to appear at the Old Bailey for trial on Monday, November 6.

On Tuesday September 26, officers from the Met's Counter Terrorism Command arrested a 19-year old man at an address in north London on suspicion of dissemination of terrorist publications. He remains in police custody and the address was being searched as of Weds 27.

The arrest is not connected to the Parsons Green investigation, nor was the arrest of a The 17-year-old boy at an address in east London on the same day again for the dissemination of terrorist material. The search at the arrest address was completed on the same day.

A man who denied the police access to his phone when officers stopped him under terrorism legislation was convicted of wilfully obstructing an examination on Monday, September 25. Westminster Magistrates' Court heard how Met Police Counter Terrorism Command officers stopped Muhammad Rabbani, 36 from east London at Heathrow Airport under Schedule 7 of the Terrorism Act in November 2016.

Schedule 7 of the Terrorism Act 2000 is used by the police to stop and question a person in order to determine whether they are concerned in terrorism.

As part of their enquiries, detectives seized Rabbani’s mobile phone and laptop for the purpose of examining it, but Rabbani repeatedly refused to provide passwords for the devices to officers. Rabbani claimed to have confidential material on his phone from his work as director for a non-government organisation, and argued incorrectly that this gave him the privilege of not sharing information with police.

He was sentenced to 12 months’ conditional discharge and ordered to pay a £620 fine.

The Met has retained Rabbani’s phone and laptop and is continuing its efforts to examine the contents.

A man has been jailed for six-and-a-half years for posting and sharing terrorist-related content through a number of Facebook accounts. Hussain Yousef, 21, of Brent, London NW6 was found guilty at Kingston Crown Court on Friday, September 22 of three terrorism offences: Collection of information which may be useful to someone who commits or prepares acts of terrorism; Encouragement of terrorism; and Dissemination of terrorist publications (contrary to s.2 TACT 2006).

Commander Dean Haydon, from the Met’s Counter Terrorism Command said: “Yousef was sharing content, images and videos of the terrorist activities of Daesh through his various Facebook accounts and trying to get others to support their evil and hateful ideology.

“This case was brought to our attention thanks to members of the public reporting it to us and I continue to urge anyone who see terrorist or extremist material online to ACT and report it via the online reporting tool.”

Terrorist or extremist material online can be reported at www.gov.uk/report-terrorism.

A man from Wakefield in West Yorkshire, Farooq Rashid, 43, has been charged with disseminating a terrorist publication and possessing a publication likely to be useful to a terrorist. He was arrested in October 2016 but was bailed and rebailed. He is due to appear at the Old Bailey on October 13.

A convert to Islam, Ismael Watson, was convicted on September 12 at the Old Bailey. He was originally arrested in Turkey as he tried to pass in to Syria. He was found guilty of preparing for acts of terrorism.

LOW means an attack is unlikely

MODERATE means an attack is possible, but not likely

SUBSTANTIAL means an attack is a strong possibility

Allan Burnett will be/was the first speaker on Thurs 28. He covered four key areas that all FM's should be aware of:

Burnett is a regular media contributor on counter-  terrorism issues.

Phillips has 10 Essential Tips to ensure you will deploy the best counter terrorism measures should your building be involved in an incident. Phillips is the founder and Managing Director of the International Protect and Prepare Security Office (IPPSO). He commentates on terrorism matters on TV and Radio, writes many articles for magazines and newspapers and includes over 20 keynote speeches a year at major conferences in the UK and abroad.

Phillips says: "I am often asked what can anyone do about terrorism?  Well here is the answer. Terrorism is a menace which we will have to face for years to come. We shouldn't be scared but we should be aware of the problem.

"IPPSO have devised a fantastic film course which teaches terrorism awareness life skills for the individual to keep themselves safe and to help them raise the security culture of the workplace."

Have a look at the trailer here.