After the Devil Has Bolted - Cars Trashed at Old Trafford 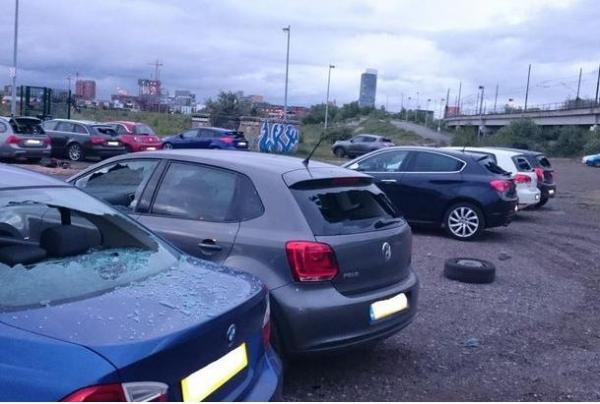 On Sunday (May 15), Manchester United were due to play their last game of the season against Premier League minnows Bournemouth but the game was abandoned as security fears grew. A device - a mobile phone strapped to a pipe - was uncovered and the stadium evacuated. It later transpired the device was meant to be found...during a training exercise but had accidentally been left in situ. The gaff is said to have associated costs running into the £millions.

On Tuesday (May 17) the match finally went ahead in front of a much reduced attendance - but the directors were all there including Chief Executive Ed Woodward who was photographed being searched from top to bottom. Though a believer in solidarity, Mr Woodward doesn't expect that type of scrutiny. Club staff, drafted in security personnel and the Police made a point of being of a higher profile than usual - which seemed a little pointless as the security risk had neither been raised nor diminished. Tactical Aid Units were also deployed on routes to the stadium. 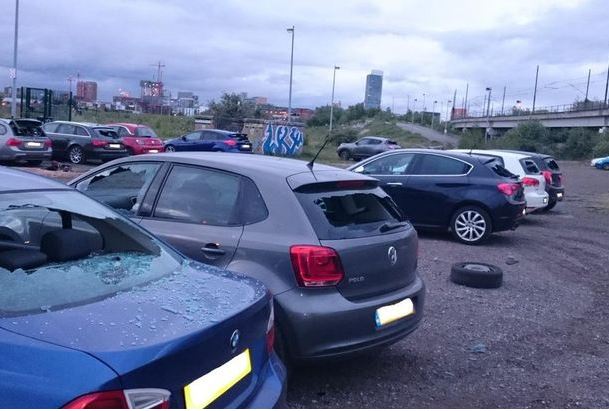 Unfortunately and embarrassingly all the heightened security around the stadium didn't deter vandals and thieves going on a spree in a nearby fans' carpark. Windows were smashed and valuables taken and at least one car had all four wheels stolen. The Police were called just before half-time in the match (8:37pm) to the Pomona Strand carpark where they found up to 20 cars (ranging from Fords to VWs to BMS) seriously damaged - windscreens in particular had been smashed. One Ford was jacked-up on bricks with its alloy wheels missing.

Meanwhile, the managing director of Security Search Management and Solutions, Chris Reid, has taken personal blame for the blunder that saw the original match abandoned. He said that his company had a robust system for checking dummy devices used in training exercise were signed out and back in again. The week prior to the game saw such an exercise and 13 devices were deployed and retrieved. The fourteenth was mistakenly signed back in when in fact it was still residing in a toilet facility.

Reid is said to have worked for the Metropolitan Police as a Counter Terrorist Police Search Advisor for 32 years.

Tony Lloyd, Greater Manchester's Mayor and Police and Crime Commissioner said: "Twenty minutes before kick-off and the mistake has still not been noted. How there was no back-up system - you count thirteen and you know one is missing - is beyond me.

"Just twenty minutes before kick-off a sweep discovers a device that could be real - now this is impossible to fathom and some serious questions now need to be asked of our systems."

Main Picture: The Bomb disposal Team at Man U. Supplementary picture - the scene at the Pomona Strand carpark