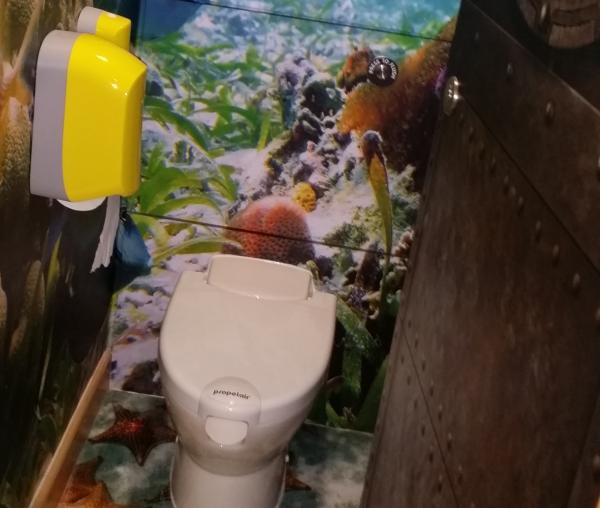 UK toilet manufacturer Propelair has designed toilet flushing with a system using air and only 1.5 litres of water.

The technology has already been adopted by a number of local authorities and it has apparently received recognition in the education sector too with a recent installation at Cardiff University and a current one at the Lyceum Theatre London.

Workplace washrooms can consume up to 90% of the water used in commercial buildings but the Propelair system reportedly cuts usage on each flush by an average of 84%; flushing takes 3 seconds and the toilet is ready to re-flush in 20 seconds. It operates using displaced air and a fraction of the water used by most conventional toilets which in the UK average 9 litres per flush. It is said to ‘eliminate’ bacteria spreading around the washroom when flushing and provides what the manufacturer claims is ‘the most hygienic and effective toilet flush available anywhere in the world’. For leak proof operation, water is delivered through a siphon.

Maintenance is minimised because the bowl has no rim for germs to hide and the seat is a new design to prevent it moving on its pins.

Propelair toilets can be installed as a replacement unit or in new build and as less energy is required for water and waste processing, the toilet’s carbon footprint is reduced by approximately 80%, along with a reduction in commercial water and sewage bills of up to 60%.

Picture: Propelair toilets are winning attention because of their technology and green credentials in terms of efficient flushing and minimal use of water

How Smart Tech Can Help Employee Confidence When Returning To Buildings

It has become gradually clear over the last few months, that the buildings we are returning to, whether that’s as employees or visitors, are radically changed...