All at Sea as Levels Continue to Rise 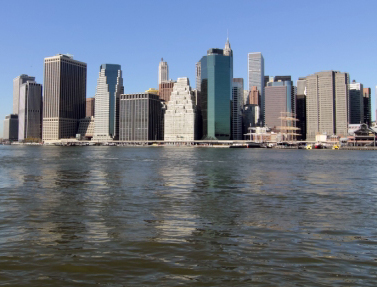 Following the disastrous typhoon in the Philippines, a report this Wednesday states that continuing high temperatures globally and many climate extremes worldwide, are causing the sea levels around the world to rise.

The worrying findings come in the provisional World Meteorological Organization (WMO) statement that was released this Wednesday.

The year is currently on course to be among the top 10 warmest years since modern records began in 1850. The first nine months, January to September, tied with 2003 as the seventh warmest such period on record, with a global land and ocean surface temperature of about 0.48°C (0.86°F) above the 1961–1990 average.

“Temperatures so far this year are about the same as the average during 2001-2010, which was the warmest decade on record,” said WMO Secretary-General Michel Jarraud. “All of the warmest years have been since 1998 and this year once again continues the underlying, long-term trend The coldest years now are warmer than the hottest years before 1998.

“Atmospheric concentrations of carbon dioxide and other greenhouse gases reached new highs in 2012, and we expect them to reach unprecedented levels yet again in 2013. This means that we are committed to a warmer future.

The WMO warns that surface temperatures are only part of the wider picture of our changing climate. The impact on our water cycle is already becoming apparent as shown by droughts, floods and extreme precipitation.