All Change for Medway Centre 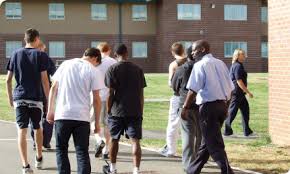 After the shocking exposure of abuse by some G4S staff at the Medway Secure Training Centre, its boss is forced to stand down.

The BBC Panorama exposé which was first shown on 11 January and a subsequent police investigation, has directly led to G4S being given no option but to make changes to the management at the Kent institution where allegations were made of wide scale abuse of youth offenders.

A statement issued by the security company which has been heavily criticised in the past over its management of the running of the teenage prison, says: ‘In response to the concerns expressed about managerial oversight, G4S today [Tuesday 26] announces the decision to appoint a new interim Director of Medway Secure Training Centre which has been agreed with the Youth Justice Board and the Secretary of State.’

The statement goes on to confirm that Ben Saunders, who has a 26-year career in the care and safeguarding of vulnerable people, including 14 years at Medway and five years as Director of the centre, ‘will start as Interim Centre Director immediately’.

Although G4S has defended the current director and said there were no allegations regarding Ralph Marchant he has stepped down with ‘immediate effect’.

"As part of a programme of measures to respond to recent events at the Medway Secure Training Centre, we are committed to supporting an independent review commissioned today by the Ministry of Justice,” declared Peter Neden, Regional President, G4S UK and Ireland. "We welcome today's announcement by the Secretary of State that he has appointed a team of independent experts to conduct the review.”

The seriousness of the charges which has seen five staff members sacked by G4S and police investigation on child neglect and assault at the 76-bed centre, has led to Michael Gove, Secretary of State for Justice, making a statement to the House of Commons, outlining the following:

An Independent Improvement Board will be responsible for:

The Board is expected to complete its work by the end of this March. It “will provide increased oversight, scrutiny and challenge of managerial arrangements, in particular in relation to the safeguarding of young people,” Mr Gove told the House of Commons. “Board members will have authority to visit any part of the site at any time, access records at Medway and interview children during their investigations.”

Picture:    Management changes have been made by G4S at the Medway Secure Training Centre in Kent following a BBC Panorama exposé

A BBC Panorama programme aired on Monday has resulted in foru G4S staff being sacked and three suspended for alleged cases of mistreatment of youth offenders at the...