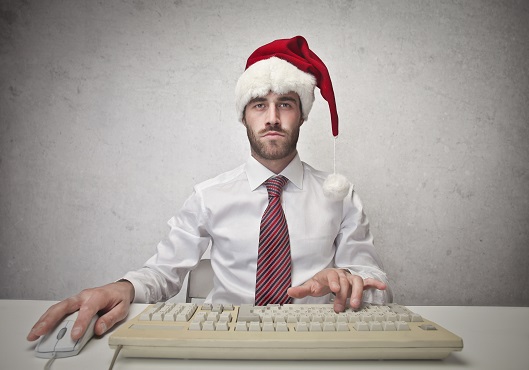 Jackie Furey explains the time for giving and sharing should also recognise the gift of time off during the festive period. In fact she recommends an unlimited leave policy.

Unfortunately, if statistics are anything to go by, the reality is very different, as it seems that Britain is suffering from a workplace epidemic of Scrooge syndrome.

Recently, a nationwide study (conducted by rewards and benefits experts Hawk Incentives), found that over a third of respondents claim their employers ‘don’t care enough’ to reward them at all during the Christmas period – despite 89% believing they deserve something.

According to the same report Christmas bonuses have been cut by 54 per cent in the last three years. Yet, of course, this isn’t about money. 60% of the 1,500 workers polled said they would be absolutely delighted to receive any token of goodwill regardless of size - and over a fifth said recognition would make them work even harder.

The fact of the matter is, most people aren’t expecting cash rewards from their employer, just a simple token of recognition in some form or another.

How can organisations keep moral high, raise wellbeing and keep the Christmas spirit alive, whilst making staff feel valued at the end of a long and hard-working year?

Well, one way is by offering unlimited leave over the holiday period.

This might at first sound shocking, yet for most organisations, granting unlimited leave before and after Christmas is simply giving staff the time off that they won’t be working anyway. After-all how much work really gets done in that build up towards the festive period? Very little according to more research from Office Genie, where it was reported that nearly half (43%) of the British workforce said they ‘switch off’ by the third week of December, getting very little, if anything, done at all.

Christmas is renowned for being the one time of the year when presenteeism is rife in all departments. Let’s face it, in that final week leading up to Christmas, most work has either been completed or is very slow. Emails become less frequent, the phone stops ringing and most staff have either lost interest or are looking forward to time off with friends and family.

So is it really worth chaining them to their desks until the very last minute? Offering this time as potential leave would most likely increase productivity and motivation to work harder in the build up to the holiday season anyway.

Offering unlimited leave around the holiday season would (for many businesses) not only have a minimal impact on productivity, it would also give staff the freedom and flexibility to better plan longer breaks away, family visits and events, allowing to better prepare for a time that is very busy in most people’s personal lives.

The gesture will have a profound impact on wellbeing and general happiness, making staff feel truly valued.

Of course, unlimited leave is nothing new and most are aware that organisations including Eventbrite, HubSpot, Facebook, Netflix, LinkedIn, DropBox, Visualsoft and Grant Thornton, practice limitless leave all year round.

Surprisingly, most organisations that have adopted the new policy have found that members of staff view the offering as a statement of trust and have found that very few, if any, abuse the policy, with a majority taking the allowance they would have ordinarily had - just with added flexibility.

The freedom and trust in staff gives them a boost, improving productivity, flexibility and increasing workplace satisfaction and retention.

It’s no wonder that unlimited leave is gathering such momentum in the US, in fact many workers are actively seeking out organisations that offer this benefit. A study this year from Metropolitan Life about trends in US employee benefits showed that 72% of the 2,500 human resources professionals and 2,675 workers listed unlimited paid time off as their chosen 'emerging benefit' that employers should be offering.

So, why not use the Christmas period to experiment with unlimited leave as a gift to your workforce?

Who knows, you may, like Ebenezer Scrooge, 'honour Christmas in your heart and try to keep it all the year' and adopt the policy permanently!

The 10 Most Instagrammable Tech Headquarters

Recent research has revealed the top tech companies around the world that boast the most “instagrammable” headquarters. Focusing on the top 50 tech...