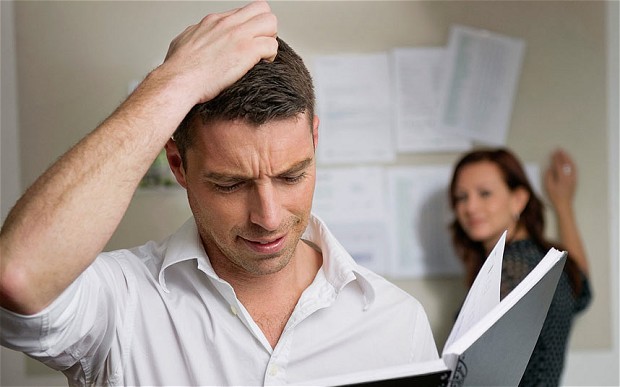 Many organisations and teams unwittingly suffer from 'functional stupidity' – but what is it and how do you deal with it?

Have you ever worked in an organisation that discourages smart people to think and reflect at work? Have you ever seen a colleague back away from a new way of working because 'that’s not how things are done'? That’s functional stupidity, writes the Chartered Management Institute's Mark Roland.

In organisations such as this, employees are expected to ‘do’ without question. In the short-term, this may actually be beneficial as it can encourage organisational harmony as everyone pulls together in order to meet a shared goal. It’s why managers and organisations sometimes gravitate towards it.

Yet, functional stupidity – if left unchecked – can kill an organisation. It can cause a business to collapse in on itself, as business as usual slowly hit profits, erodes productivity and corrupts the culture. Despite this, it’s often inadvertently encouraged by short-sighted organisations and managers, because in the short term, its impacts can seem quite positive.

"We spoke with hundreds of people in dozens of organisations. During the course of our research, we were constantly struck by how these organisations, which employ so many people with high IQs and impressive qualifications, could do so many stupid things."

The Stupidity Paradox: The Power and Pitfalls of Functional Stupidity at Work

Alvesson and Spicer have highlighted several signs that an organisation is suffering from functional stupidity. Here’s what to look for in your team – and yourself – and how to tackle them.

Don’t think about it, just do it

Spicer and Alvesson found that many organisations would hire the smartest people that they could find, then subtly and not-so-subtly discourage them from free thinking. 'Just do it' is a very common phrase in functionally stupid companies. Good managers in smart organisations listen to staff concerns and make sure that they consider them carefully before acting on them.

Why are you being negative?

A genuinely positive culture does not shut people down when they have concerns. Yes, there are such a thing as ‘drains’ that will always find a problem in any venture, yet you can work out who those people are pretty quickly. If people in your organisation voice concerns away from the management but change on a dime when they are around, it’s a sure sign that voicing those concerns will be negatively received. As a manager, you have to be prepared to take negative feedback from your team. It can be hard to hear – but you need to be able to take it on board.

We don’t want problems – only solutions

This one sounds fairly positive, right? Surely solutions are the way forward? Well yes, however, this statement and others like it are usually deployed to shut down questions from staff and reinforces that first message: 'don’t think about it, just do it'.

The more people hear this sort of thing from their managers, the less they point out potential issues or really think about what they’re doing. And as a result, those issues keep festering.

Processes and procedures are necessary to ensure that businesses follow regulations, so staff should be aware of them. However, an over-reliance on ‘company policy’ can create an officious and stifling culture. It can make people scared to drift from the established norm. As a result, policies are then over-applied, which then feeds that stifling culture even more.

If your team is full of smart people, they can be trusted to know when policy applies – and when they might need to think outside the box.

There are many other examples of how functional stupidity can manifest itself such as managers who are more interested in being seen as a great leader rather than actually managing and empowering their team; mindlessly imitating what other firms or teams or doing without much thought about whether it would work in a different context; an over-emphasis on branding to the extent that it starts adversely affecting company culture.

The tricky thing is that it’s not always easy to spot these things – but once these tenets of stupidity take hold, it can be very difficult to get rid of them.

Picture with thanks to the Chartered Management Institute: Does your office function well or is it held back by functional stupidity?

UK business leaders must invest in effective and tailored employee engagement strategies to protect profits in the New Year. That is the advice from global talent...