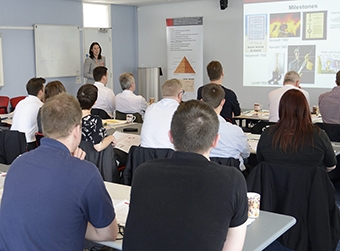 The British Plastics Federation’s Education & Skills Committee has issued its Skills & Education Report highlights the skills and training needs within its particular sector but which will resonate with the many in commerce who are trying to understand the skills gap and future training requirements.

Some key findings within the report included the fact that over 53.6% of companies who participated had at least one board member who had undertaken an apprenticeship. Further to this, the report found that:

Picture: Although half of board members in the plastics companies started as apprentices the latest BPF survey shows concerns of training in the industry which are likely reflected in industry and commerce generally

ISS Facility Services has launched I can at ISS, said to be a fully integrated programme that has received the full backing by the BIFM and which can be used by all...