All Rails Lead to Leeds 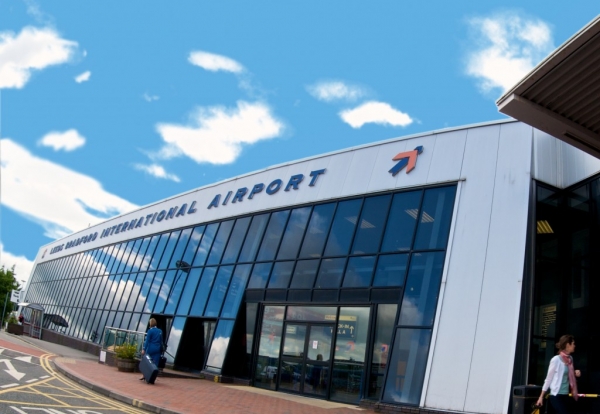 This week has been an exciting one for transport in West Yorkshire and Leeds City Region, West Yorkshire Combined Authority Transport Chair Councillor Keith Wakefield said on Friday December 9.

Cllr Wakefield said that this week’s transport announcements, including plans to build new rail stations serving Leeds Bradford Airport, the White Rose Centre and Thorpe Park and to increase numbers of West Yorkshire bus and rail park and ride spaces by thousands, to well beyond the current 3,500, are transformational for the whole region.

These announcements and West Yorkshire Combined Authority’s Bus and Transport Strategies, are being guided by the results of the ‘Your Travel Your Say’ consultation, which together with Local Transport consultations in Leeds received over 13,000 responses Cllr Wakefield will stressed.

HS2 and Northern Powerhouse Rail will be a catalyst for maximising the growth, employment and education benefits of high-quality integrated transport links across the City Region.

Bus services also have a vital role in underpinning economic growth and the creation of new jobs. Each week people in West Yorkshire use buses to make over 3.5 million journeys each week , making them by far the most highly used form of public transport. Modern, clean, frequent and reliable buses carrying over 90 people at a time combined with physical improvements such as priority, intelligent junctions and park and ride facilities can reduce congestion, improve reliability and, importantly, contribute to improved air quality.

West Yorkshire Combined Authority is working closely with local bus operators to build upon successes already achieved through partnerships. These include Elland Road Park and Ride, which has proved so popular it has had to be almost doubled in size, and the introduction of MCard smartcards, the country’s largest travel smartcard scheme outside London.

A recent event in which Bus Service Managers from across West Yorkshire took part was the first stage of a process through which a raft of ‘quick-win’ improvements will be unveiled over the coming months.

Referring to another of this week’s announcements, Transport Minister Chris Grayling’s proposals to plans for closer working between train operating companies and Network Rail, Cllr Wakefield underlined the importance of these measure achieving benefits for passengers.

April’s introduction of new rail franchises that will see new, faster trains, reduced peak-time overcrowding and more evening and Sunday services, showed how devolving the specifications of rail services to 29 local transport authorities across the north of England through Rail North can work. The process helped ensure plans were based on local requirements and knowledge and is a testament to close joint working.

Cllr Wakefield underlined the importance that Transport Secretary’s plans don’t lead to fragmentation of services, further costly privatisation by the back door which would hamper growth and the creation of jobs, or any erosions of the rail system’s excellent safety record.

Cllr Wakefield said: “We have achieved an awful lot in terms of improving transport over the past 12 months including the opening of two new rail stations, at Apperley Bridge and Kirkstall Forge, as well as the new, award-winning Leeds Station Southern Entrance, which is being used by around 20,000 people per day.

“The next 12 months are going to be just as important and exciting for transport, with the new Low Moor station between Bradford and Halifax, Wakefield Eastern Relief Road and Temple Green Park and Ride due for completion. Along with other innovative schemes such as the ongoing roil-out of MCard and the trial of using smartphones as bus passes in the coming weeks.

“Transport is not about any single solution but a range of ideas and investments that create an integrated network that supports our aims of generating growth, creating good-quality jobs and connecting people and businesses to opportunity”.

Launched at its headquarters in Leeds, the UK Infrastructure Bank is to accelerate investment into ambitious infrastructure projects. There will reportedly be...