All the World's a City 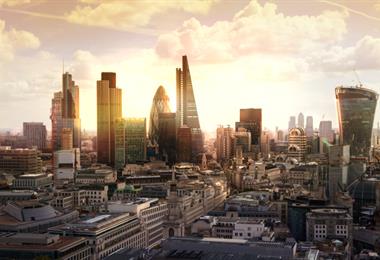 The Index that measures the volume of direct commercial property investment in a city relative to the city’s economic size, shows the world’s most globalised metropolitan economies continue to account for a significant portion of global transactions with the top 10 cities for transaction volumes accounting for nearly 30% of global investment over the last three years.

However, over the past 10 years a ‘core set’ of 32 new world cities has steadily increased its share of global property investment volumes, rising from 10% in 2006 to account for over 20% in 2015.

While some emerging world cities, e.g. Shanghai and Beijing continue to attract significant amounts of global capital, direct commercial property investment into emerging markets overall fell by one-third in 2015 to 5.5% of total global volumes of US$704 billion, affected by factors such as China’s slowdown, lower commodity prices and the volatility of emerging market currencies. Emerging world cities like Mexico City, Sao Paulo, Johannesburg and Moscow registered a significant fall in volumes in 2015 compared with the 2012 to 2014 period.

“With pricing at near record levels in many gateway cities, new world cities can offer better value for investors and are establishing themselves as consistent and liquid markets which are open and transparent,” stated Jeremy Kelly, Director, Global Research Programme, JLL. ”A broad range of investors now recognise the inherent strengths of new world cities as dynamic clusters of business activity that offer scalable property investment opportunities.”

New world cities account for 16 of the Top 20 in JLL’s Investment Intensity Index.

They are typically small to medium-sized cities with transparent ‘open’ property markets and favourable infrastructure and liveability platforms. They are seen as are building dynamic economies and property markets through innovation and demonstrate an ability to transform and adapt to a constantly changing socio-economic landscape.

The report believes that European new world cities perform particularly strongly, led by innovation-rich, sustainable cities with a high quality of life such as Munich, Copenhagen and Stockholm, while many U.S. and Australasian ones with strong research systems and technology credentials are also among the top tier, e.g., Sydney, Auckland, Melbourne and Brisbane and Silicon Valley, San Francisco and Austin.

“This is not a ‘flash in the pan’ trend – the increased investor interest in these adaptable, transparent, mid-sized markets is now a structural, rather than cyclical, feature of the real estate investment market,” insisted Kelly. “As the world re-calibrates in the wake of a Chinese slowdown and other economic uncertainties, we expect these cities to continue to punch above their weight as real estate investment destinations.”

Picture: So-called new world cities are a focus of intensive attention and investment according to the latest JLL report