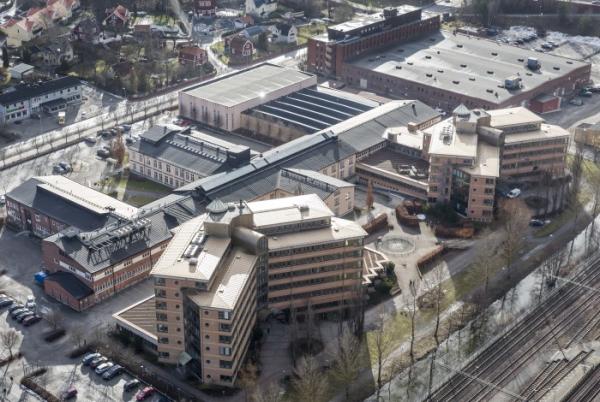 Alma Property Partners has acquired the so called Optimus area which includes the properties Vilunda 6:42 and Vilunda 6:1 from Gamla Livförsäkringsaktiebolaget SEB Trygg Liv.

The properties comprise nearly 50 000sq.m of land in close proximity to Upplands Väsby’s commuter rail station (some mile out of Stockholm) and includes 36 500sq.m of office and commercial premises with a large proportion of the premises for various public service functions. Alma took possession of the properties on 1 July 2016.

"We are very pleased to have the opportunity to invest in an area with enormous development potential adjacent to the Väsby Entré project, says Simon de Château of Alma Property Partners. The area around the commuter rail station is being transformed by the municipality under the project name Väsby Entré.

"A lot will happen in the area around Vilunda and Upplands Väsby’s train station over the next few years both within the framework of the Väsby Entré project but also the neighboring blocks. We hope to contribute to the development of the area by creating new residential housing, shops, restaurants and other services while, but also maintain and develop the premises for existing businesses, adds Christofer Lundquist of Alma Property Partners."

Managing More in the Land of Thor

CBRE has been appointed to manage a property portfolio of 290 assets in the Nordic region. Under the recently signed agreement, CBRE will take responsibility for the...

When the time came to select the pumps for the Mall of Scandinavia, high operational reliability and efficiency were two of the key parameters. Around 200 Xylem...