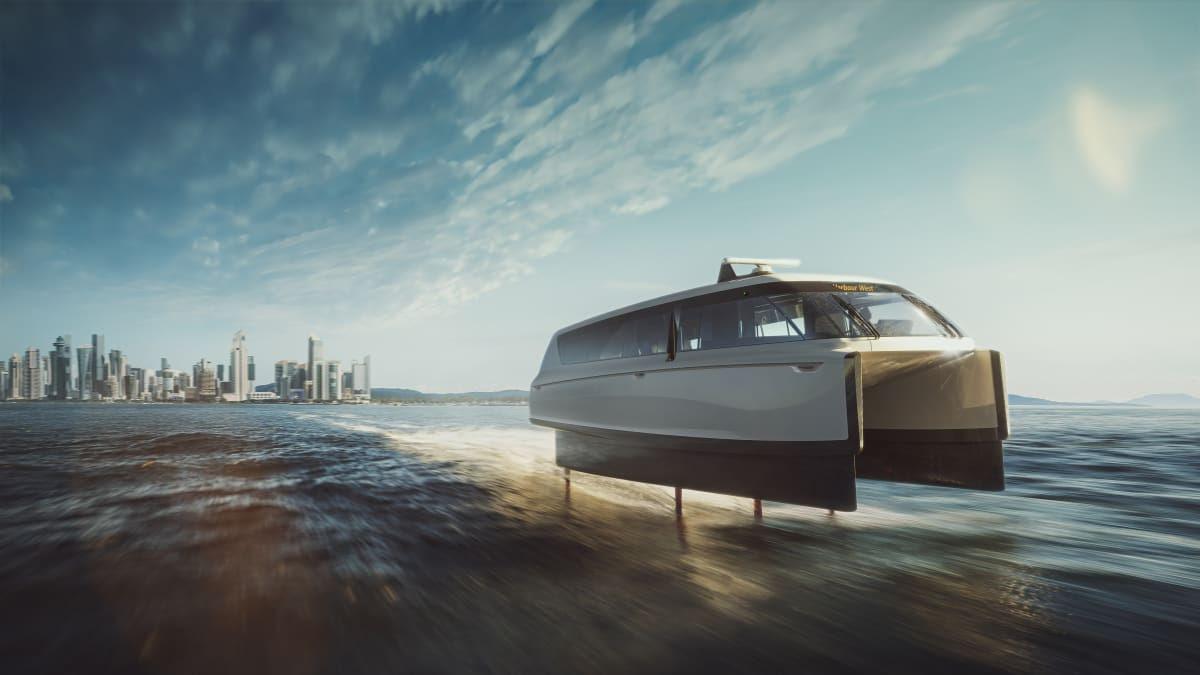 The world’s fastest, longest-range and most energy-efficient electric ship ever, the Candela P-12 Shuttle, is set to hit Stockholm’s waters in 2023.

The world’s fastest electric ship, the Candela P-12 Shuttle, is set to hit Stockholm’s waters next year, heralding a new era of transport.

The innovative hydrofoiling electric ferry will reduce emissions and slash commuting times – and the city believes it will make waterborne public transport more attractive than trains, buses, and cars.

The Candela P-12 Shuttle will be shuttling citizens between the Stockholm suburb of Ekerö and the city centre in the coming year. The 30-passenger electric vessel has a speed of 30 knots - considerably faster than any other electric ship in the world. It also provides faster commuting than the subway and bus lines it competes with, as well as being infinitely more energy-efficient than the diesel vessels currently servicing the same route. Perhaps most significantly, the ship is faster than travelling by car during rush hour.

Picture: a photograph of the ferry’s interior, showing its seats. Image Credit: Candela

The secret to its high speed and long-range are the three carbon fibre wings that extend from under the hull. These active hydrofoils allow the ship to lift itself above the water, thus decreasing drag.

The first electric flying ferry will also elevate passenger experience to an entirely new level, thanks to the most advanced computer system found in a passenger boat. Those prone to seasickness will appreciate the extremely smooth ride in adverse weather. Flying silently above the waves, the Candela Flight Controller – a computer which regulates the hydrofoils 100 times per second – ensures a steady, smooth ride over waves that would make many feel queasy.

The Region of Stockholm will operate the first P-12 Shuttle ship for a nine-month trial period in 2023. If it meets the high expectations placed on it, the hope is that the city’s fleet of over 70 diesel vessels eventually will be replaced by P-12 Shuttles – but also that land transport from congested highways can shift to the waterways.

Picture: a photograph of the ferry on the water. Image Credit: Candela