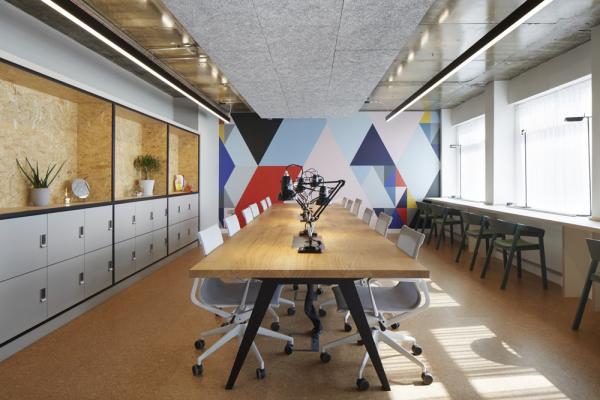 Alpha Works, a first-of-its-kind co-working space in the heart of Birmingham City Centre, has announced its official opening with seven companies already calling it home and more than 100 employees moving into the state-of-the-art facility.

The £1 million development, delivered and managed by property company CEG, provides more than 14,000sq.ft of collaborative office space in the Alpha Birmingham.

The site’s proposition, quality and location enabled it to attract a variety of organisations and reach 75% capacity ahead of its launch. Companies such as international service provider Allegis Global Solutions have relocated to harness the opportunities presented by Birmingham’s increasing connectivity, economic growth and position as a global business destination.

Alpha Works offers a range of options for its members including hotdesks, private offices and flexible workspaces. The hub’s contemporary styled design, conceived by architects ORMS has brought a range of features to the site including a double height reception and event space, breakout areas and fully equipped meeting rooms with wireless screens. Members are also set to benefit from superfast broadband/Wi-Fi, a community social media platform, competitive rates and its location in the heart of Birmingham City Centre.

Theresa White, Community Manager at Alpha Works, said: “Alpha Works is a first for CEG in response to the market’s increasing call for flexible, collaborative and alternative work spaces that redefine the parameters of the traditional office space. To tap into Birmingham’s current economic renaissance, we have invested in a space that drives further creativity and discovery. Bringing such an iconic building back to life has been incredible and the feedback we’ve had has been hugely positive.”

Phil Cooper, vice president of operations, EMEA region at Allegis Global Solutions, commented: “Birmingham was the obvious choice for us as we wanted to establish ourselves in a city with a highly educated, diverse, and young demographic."

Be At One Installs Indoor Air Quality Technology

Be At One, a UK cocktail bar brand, has installed Clenzair at its Birmingham site to eliminate airborne and surface bacteria and viruses. Be At One had...