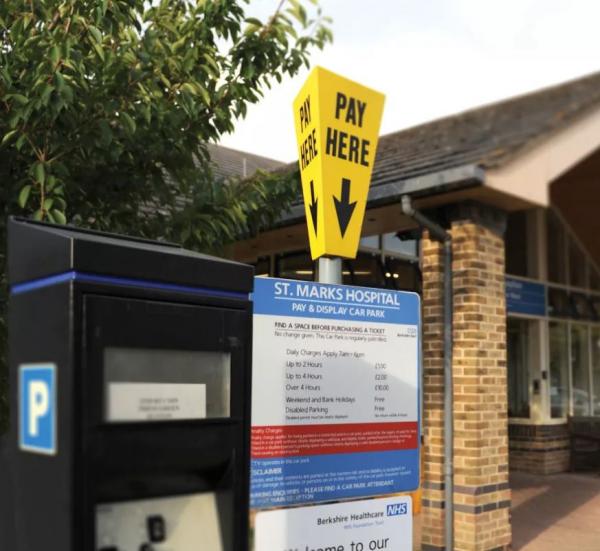 Figures show that four in 10 hospital trusts in England that charge for parking offer no option to pay by credit or debit card at any of their sites, while a third do not allow drivers to pay on exit – making the process of paying for parking by patients and visitors more difficult than it should be.

The data has come to light as a result of a Freedom of Information request from the RAC. 164 out of the 206 hospital trusts in England responded, with 125 having chargeable car parks.

Just a third of trusts that have some degree of paid for parking offer a payment by card option at all their hospital sites, while a further quarter allow it at some of their sites meaning a large proportion of patients and visitors are still expected to carry loose change with them in order to pay to park.

Drivers’ payment options are also limited at many hospitals by the fact that a third do not allow them to pay for parking when they leave. This means drivers are forced to guess how long their visit to the hospital will be and pay for a fixed period of time – and then risk either paying for more parking than they need, or having to run out and buy another ticket to avoid getting a penalty notice. Pay-on-exit provision is offered at some sites by one in three hospital trusts and at all sites by nearly a third.

Government guidelines state that users should be able to park as safely, conveniently and economically as possible but the new data gathered by the RAC suggests that the second of those – convenience – is still not a feature of enough car parks at English hospitals, making the process of paying for parking unnecessarily burdensome.

Consequently the RAC is calling for hospitals in England to publish plans that set out when out-dated parking meters will be upgraded in line with the wishes of drivers, to help make the experience of patients and visitors better.

RAC spokesman Simon Williams said: “Anyone arriving at hospital, be they a patient or visitor, have far more important things to worry about than paying for parking. It is for that very reason that things should be made as stress-free as possible – and that includes taking the pain out of paying to park.

“These figures show that in many cases it is still too difficult for people to pay to park when they make a visit to a hospital in England, with drivers still expected to carry pocketfuls of change in order to park legally – despite the advent first of credit and debit card payments, and now contactless and mobile payment technology.

“In the 21st century, we also think it is unreasonable to expect drivers to have to estimate how long their visit to hospital might take – payment on exit, while perhaps not appropriate for smaller hospital car parks, should be rolled out at larger sites as far as it is practicable.

“There are some examples of really good practice across the country – Southmead Hospital’s Brunel car park in Bristol, for example, detects a visitor’s number plate as they arrive, and then allows them to quickly pay by cash or card as they leave, meaning they only pay for the time they have actually used the car park and don’t need to worry about sticking parking tickets to the windscreen.

“We’re not calling for changes to be brought in overnight. We acknowledge the financial pressures trusts are under, and while we accept their need to charge we would like to see hospitals publish details of when patients and visitors might expect car park payment facilities to be upgraded – and to begin working with operators that run car parks on their behalf to achieve the necessary changes. The arrival of the new one pound coin, which will demand many machines get upgraded, provides a good opportunity for a wider range of payment options to be made available to drivers.

“In the absence of free parking at hospitals in England, we believe parking should be made as stress-free as possible for people.”

The same report highlighted the concerns drivers had for the limited payment methods offered, and there was significant support (63%) for payment always being made when leaving a car park. Fifty-three per cent of respondents said they thought hospital parking machines should always accept cards, with 55% saying that they should always offer change.

With the outcome of a government consultation on increasing the penalties for illegal phone use when driving due to be published imminently, a new RAC study has found...