And They All Go Hand-In-Hand - Park Life 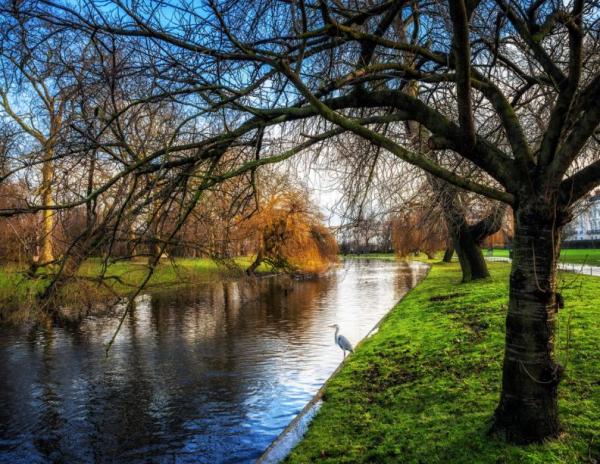 The Mayor of London, Sadiq Khan has launched plans to help make the capital the world’s first National Park City and one of the greenest cities on earth - despite having put the boot in to the Garden Bridge Trust's plans for a breath of fresh air over the Thames.

As part of this ambition, the Khan says he will use planning regulations to protect the Green Belt and incorporate more 'green roofs' (roofs covered with grass and plants which are excellent for soaking up rainwater), green walls (which can be added to the outside walls of buildings by busy polluted roads and are covered in plants to help boost air quality), 'rain gardens' (small green spaces which help prevent flooding), and habitats for wildlife.

Khan has made a £9 million Greener City Fund for London available to create and improve green spaces. Local groups can apply for the first £1 million of grants to plant neighbourhood trees and maintain green community areas.

The Mayor made the announcement as he launched his draft Environment Strategy for consultation at Woodberry Wetlands in Hackney, alongside the London Wildlife Trust.

The strategy outlines Sadiq's vision of making the city a greener, cleaner and healthier place by targeting London’s toxic air,  and making London a zero-carbon city by 2050 with energy efficient buildings, clean transport and energy and increasing recycling.

Picture: All a bit of a Blur - Park Life