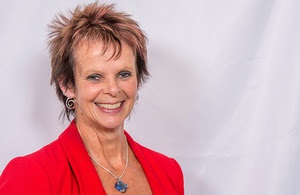 Week ending October 27, saw the Minister for Apprenticeships and Skills  Anne Milton announce a series of appointments to encourage people from all ages and backgrounds to consider an apprenticeship.

These ambassadors are expected to champion the opportunities and benefits that apprenticeships  can offer. They will work across the UK to target specific areas and raise awareness.

Minister Milton has appointed the following:

The appointments are part of wider work to ensure the opportunities apprenticeships offer are open to all. To help more people access apprenticeships, we also the minimum English and maths requirement for apprentices with a learning difficulty has recently been changed.

Milton said: "All the reforms we have introduced will make sure that there are high quality apprenticeship opportunities for millions of people of all ages and from all backgrounds. We want everyone to have the skills to get a job with prospects, and for employers to have the skilled workforce they need. Since May 2015 we have seen over 1.1million apprenticeship starts.

"Although we have seen record numbers with a disability or from disadvantaged backgrounds start an apprenticeship, there is still more to do. The appointments to the vital roles will work to ensure apprenticeships are open to everyone."

The first of the new qualifications, with content developed by industry professionals from companies including Rolls Royce, Fuijitsu and EDF, will be taught from 2020, with a full set of T levels introduced by 2022.

First announced in 2016 and backed by £500 million every year in additional funding, the qualifications are a key milestone in transforming technical education in the UK and extends the offer for young people to study a technical qualification at level 3 - equivalent to A levels.

Greening said: "We are transforming technical education in this country, developing our home grown talent so that our young people have the world class skills and knowledge that employers need. As part of making sure that the technical education ladder reaches every bit as high as the academic one, I want to see T levels that are as rigorous and respected as A levels."

Each route groups together related occupations which require common knowledge, skills and behaviours. These routes are further broken down into a number of specialisms, clustered together in a straightforward way so that young people can see a clear path to the occupation of their choice.

The content of T levels will be developed by panels comprising industry professionals and employers – including EDF, Rolls Royce, Fujitsu, Lloyds, Morgan Sindall, Skanska and Morphy Richards. The Government has said that panels have been launched across all 6 routes for delivery in 2020 and 2021.

All T level programmes will also include a substantial work placement‎ so that students can apply their learning in a real workplace environment.

PMP Recruitment has been exploring the concept of reverse mentoring which pairs junior and senior team members. There are approximately 1.8 billion millennials in the...

UK businesses are to get a helping hand in all things compliance with a new learning academy. With it becoming increasingly difficult for UK businesses to keep up with...