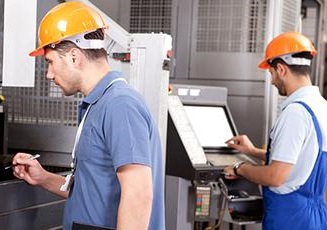 An all-party committee has found that the Government's Apprenticeship Levy, to be introduced in the first week of April and targeting three million 'starts' by the end of the Parliament are merely floundering 'blunt instruments that risk being unduly focused on simply raising participation levels'.

The Committee also said the Government should place far greater emphasis on outcomes, judging success of apprenticeships by, for example, whether individual apprentices secure employment. Ministers should also look to how apprenticeships can help close the skills gap, including by restructuring the levy on a sectoral and regional basis. The Committee also pointed to concerns that the three million target could hamper attempts to raise quality of provision.

Neil Carmichael MP, Chair of the Education Committee and Co-Chair of the Sub-Committee on Education, Skills and the Economy, said: "Apprenticeships are vital if we are to close the skills gap, which could grow wider post-Brexit. We must train our young people for jobs that the economy needs but the Government has failed to show how its three million target and levy will help achieve this.

"Ministers must recognise that apprenticeships are a means to an end and not an end in themselves. They need to place greater emphasis on outcomes, focussing on areas of the economy where training is most needed and ensuring quantity does not trump quality.

"For too long apprenticeships have been seen as inferior to the university route and failed to benefit young people from disadvantages backgrounds. We fully support the Government's attempts to improve the prestige of apprenticeships, but it will take more than words to achieve this aim."

Iain Wright MP, said: "The Government's flagship apprenticeships policies positively focus on raising participation but are inherently contradictory. Ministers have a centrally-dictated, top-down three million target, at the same time as insisting that this approach will be bottom-up and address the skills requirements of individual firms, sectors and regional economies."

Andy Donnell, Group MD of ABM UK - a facilities management services provider set to invest over £500,000 into the levy in year one - comments: "Whilst I can see the point being made about training young people for the jobs our economy actually needs, the facilities management industry and particularly engineering, is in desperate need of this type of employee investment. Historically it just hasn’t been there.

"We view the Apprenticeship Levy as an opportunity, not only for our business but for the facilities management industry as a whole - but it’s down to individual employers to make it happen. There needs to be an emphasis on the outcomes of apprenticeships, which must strive to ensure they are completed and lead to long-term employment so as to strengthen the pool of skilled workers."

The facilities management sector is estimated to be worth £121.8 billion a year to the UK economy (Mintel, 2016) and according to the British Institute of Facilities Management employs roughly 10 per cent of the UK working population.

Institution responds to report on apprenticeships

Peter Finegold, Head of Education and Skills at the Institution of Mechanical Engineers, said: “The Institution agrees with the views of the Sub-Committee and supports the recommendation that the 3 million apprenticeship target should not be the only measure of success.

“Employer-led skills means employers have responsibilities beyond their immediate skills needs. Employers should feel they are in a social contract with future prospective employees, their community and the nation as a whole to improve skills and productivity in the long term. We welcome the Committee’s proposal that the Government publishes a document annually setting out shortages on a national, regional and sector-specific basis.

“Following the UK’s decision to leave the EU and in anticipation of the proposed Industrial Strategy, we also strongly believe that the greatest threat to the scheme’s ambitions is the poor signalling towards technical courses in our schools. We strongly advocate the Committee’s recommendation to Government to set out its careers strategy as soon as possible."

Annual skill shortages report and the role of Ofqual

The report also urges the Government to produce an annual survey of performance against clear outcome measures such as completions, progressions to higher levels and relevant employment secured. Official figures show just 67 per cent of apprenticeships were completed in 2015-16.

The report welcomes the creation of the Institute for Apprenticeships, which it expects will play a major role in improving quality in the future. However it cautions that the new body must be given sufficient capacity and independence if it is to succeed.

It also calls for more support for apprentices themselves, which could include changes to the benefits system, more subsidised fares on public transport or even direct financial support such as bursaries.

Picture: MPs have been scathing about the forthcoming Apprenticeship Levy scheme - as was our writer Sarah Bentley recently

With a number of inquiries still in progress - not least in to Grenfell - it has emerged that spending, sharing and generally getting a positive outcome is out of...