Are Your BCP and EM Fit for Purpose? 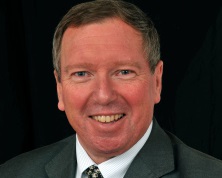 VUCA – volatile, uncertain, chaotic and ambiguous seems to sum up the situation facing business leaders in all sectors.  Turmoil in the Middle East raises the spectre of a whole new range of threats from an enemy the likes of which has never been seen before.  Energy security is vulnerable in terms of generating capacity in the UK as well as supply chain risks from Eastern Europe threatening strategic oil and gas reserves.  We have seen the first heavy rains of the autumn and flood alerts will inevitably soon follow.  Cyber attacks on businesses are at an all time high.  The terrorism alert state has been raised to ‘Severe’ in recent weeks by the Joint Intelligence Committee (JIC) and attacks in the Canadian capital of Ottawa have clearly highlighted the dangers.  Nowhere can be considered exempt and thus now is a sensible time for FM leaders at all levels to calmly review protection measures, dust off emergency response plans and examine recovery capacity just in case the worst should happen in your area of responsibility.   They need to be confident that they are aware of key developments not only within the UK, but also globally.

Those responsible for emergency management, business continuity planning (BCP) and protecting the reputation of the business now need to ask some hardnosed questions.    When the plans were last updated?  When they were last exercised and amended?  Have the premises changed in any way?  Would staff know what to do in the event of a murderous swarm attack on your shopping centre?  Could an armed lone-wolf attacker gain access to your senior management team?  Are your first aid trained personnel prepared to deal with the type and scale of injuries possible?  Do your evacuation plans need to be practiced?  Are your IT security systems up to speed?  Have you revisited the basics on a regular basis?  It is clear David Cameron’s close protection group failed this week because they had not ensured that the basics of security were ingrained within their team.

Most homeowners wait until they have been burgled before fitting an alarm system.  That is too little, too late.  Are you aware of your responsibilities under the Civil Contingencies Act (CCA)?  Time spent preparing you Command-suite now could save lives, capital and have your organisation back up and running again in the shortest possible time, before the competition has had time to respond.  Who are the members of your crisis action team (CAT) and are their contact details up to date.  Have they been trained, put under immersive pressure?  If you have staff travelling overseas, have you reviewed the risks to their safety?  Did they book via the company travel arrangements?  Do you know which flights they are on?  Of course, there are organisations out there that do not even have an emergency plan.  To them I say, you should now be very afraid.

Sensible use of basic intelligence is essential.  Preparation and a modicum of informed anticipation can save much blood and treasure.  It can deter the threat.  It can reduce the effect of an attack.  It can mitigate the scale of the tragedy.  But it needs some strong and purposeful leadership now.  The situation can be transformed using VUCA – vision, understanding, clarity and agility.  Is your organisation ready?

Tomorrow could be too late.  If the PM’s CP team had been asked, ‘Are your security plans fit for purpose?’ then they would have stated, ‘Yes, of course, we test them regularly’. Clearly they failed on the day. The business of security and resilience has now shifted from simply protecting companies from risks into being a new source of competitive advantage.  Use the scouting and guiding motto – Be Prepared.

If you would like to discuss your emergency planning and BCP  needs, or to simply verify and test that they are fit for purpose, contact Jeff Little OBE MBA CGIA FICPEM  FSyI for an informal discussion on 07885 772488 or email jeff.little2@btinternet.com

After the Million Mask March in London. Commander BJ Harrington reflects upon the impact it has had on Londoners. London is a great global city with a rich cultural...

Recently, SunGard Availability Solutions released its availability trends report. One of the more significant stats shows a marked decline in the number of invocations -...