As You Were with TfL 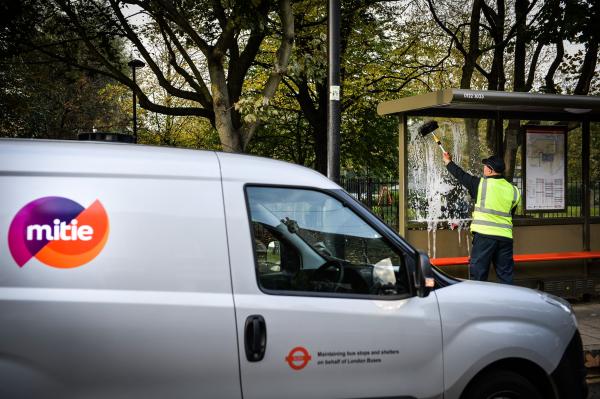 Mitie has retained the street furniture cleaning and maintenance contract with Transport for London.

The five-year deal is valued at over £16 million and is the second time that Mitie's transport team has retained the contract, having originally won it in 2004 and 2008.

Every year the team – based in south London in its own 3,500m² warehouse – cleans 19,000 bus stops, installs 165,000 posters and timetables, cleans 6,000 traffic light control units and 7,000 bus shelters (with a further 4,000 to be added now). The cleaning includes the removal of graffiti from all of TfL’s street furniture and they also deal with TfL’s eight river piers.

“Every day TfL carries 6.5 million passengers around London and our dedicated team plays a vital part in this huge effort,” declared Bob Forsyth, MD, Mitie's cleaning business. “We are committed to investing even more into this strategic contract in the years to come.”

To back this claim up Mitie reports that as a consequence of the new TfL contract, the team will increase by 25, taking the existing workforce to over 50.

Picture: Mitie has retained its cleaning contract with TfL that is worth £16 million

G4S has announced an extension to the facilities management contract with Barnsley Hospital to deliver a three-year security service. The new contract won by the...

Fitting in with Special Requirements

Get the Fire Brigade

Churchill has established a partnership with Cheshire Fire Authority for the delivery of cleaning services that will mobilise on 1st April and will run for three years...

Housing provider, The Hyde Group has announced plans for a new £30m framework agreement model for the procurement of combined cleaning and grounds maintenance...