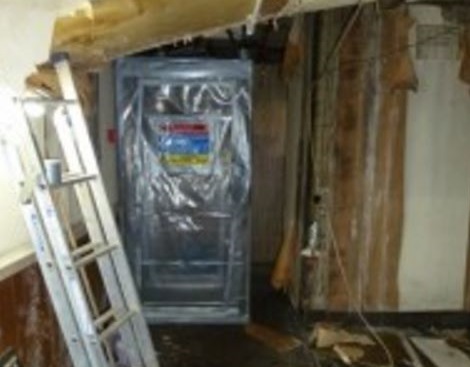 An asbestos analyst has been fined after he falsified an asbestos air clearance certificate, following licensed asbestos removal in Manchester.

Greater Manchester Magistrates’ Court, sitting at Manchester and Salford Court House, heard how, on 19th November 2015, Mr Barrie Lyons, a well-trained asbestos analyst with 29 years of experience, was contracted to carry out the final inspection and air testing, following asbestos removal at a construction site in central Manchester.

Mr Lyons’ task included a thorough examination of the area where asbestos had been removed from, within the defined enclosure itself and the areas surrounding it. He also had a series of air samples to collect and evaluate, to ensure that the air was substantially free of asbestos.

The investigation by the Health and Safety Executive  revealed that Mr Lyons had failed to carry out a suitable inspection of the site and had not carried out the correct amount of air sampling, despite his report to his employer and the client indicating that he had. In effect, Mr Lyons had deliberately falsified his report and so his published results could no longer be relied upon. The asbestos removal contractor had no option but to have a second clearance test carried out which incurred significant delays and additional expense.

HSE inspector Matthew Greenly said after the hearing: “Asbestos analysts play a vital role in ensuring that areas are safe to enter after asbestos is removed. Mr Lyons sadly chose on this occasion to falsify his records which was a massive abuse of the trust placed in him by the client.

“This deliberate act increased the risk of numerous people potentially being exposed to asbestos, a risk Mr Lyons would be very well aware of from his experience, all to save a little time and finish the job early.

“It is hoped that the industry uses this case as a reminder that anyone involved in asbestos removal must do everything reasonable to protect people from a material which causes around 4000 deaths per year in the UK.”

Mr Barrie Lyons, of Bishops Stortford, Hertfordshire, pleaded guilty to breaching Section 7(a) of the Health and Safety at Work etc. Act 1974 and was fined £2000 and ordered to pay costs of £3905.73.

Picture: Asbestos removal at a construction site in central Manchester was not checked properly