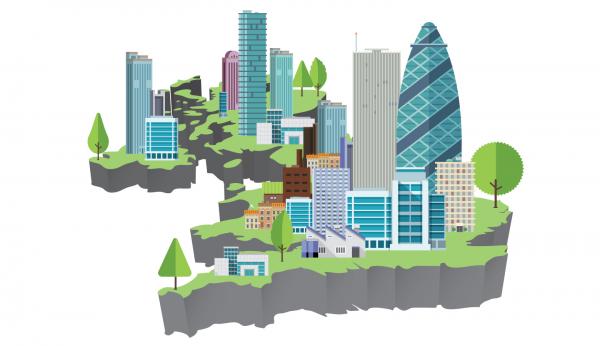 The Mayor of London, Sadiq Khan, has used a keynote speech to City business leaders to deliver his strongest warning yet about the potential impact of Brexit on Britain’s economy.

He accussed the Government of being ‘blasé’ towards the impact of Brexit on the City and of ‘shrugging off’ concerns over the ability to attract the best talent from around the world, access to the single market and passporting rights. He said: “Yes, the country voted for Brexit. And of course, that means we’ll be leaving the European Union. But that doesn’t mean unnecessary economic self-sabotage. The Government doesn’t have a mandate to jeopardise our economy or the prosperity of millions of people in London and across the country.

“If the Government continues with a reckless hard-headed, hard-nosed, hard Brexit approach - and we end up losing access to the single market that helps make our financial services industry a world leader – the impact would ripple out far and wide. For Britain to continue to prosper, we need our financial services industry to continue to prosper too.

"My motivation is not about protecting old City institutions just for the sake of it or presenting a London-centric approach. It’s about protecting our country’s economy - protecting jobs, promoting growth and safe-guarding prosperity for the next generation.”

The Mayor used the speech to call on City of London business leaders to join him in stepping up efforts in stressing to the Government and the public the importance of the financial services sector.

"If we fail to get a good Brexit deal, businesses are more likely to move to New York, Singapore and Hong Kong than to other cities in Europe," said Khan. Something that would not just be bad for us but for our European neighbours too. Hard Brexit really is a zero-sum game for Europe. So now it’s time to stop the bluster and to start working towards a deal that can work for everyone - for Britain and for Europe.”

The Mayor is calling for a seat at the Brexit negotiating table and for the UK to retain access to the both the single market and the best talent from around the world.  More than 10 per cent of City workers are from other EU countries.

Khan urged the Chancellor to use the Autumn Statement to boost confidence with a number of measures, such as improving the proposed reforms to business rates and providing a cast-iron commitment to delivering Crossrail 2, the Bakerloo Line extension and improvements to suburban rail services.

A report released in August by TheCityUK (an organisation that champions the cause of UK-based financial and related professional services), says that as the economic situation becomes more global, competitive and technology fuelled and with added headwinds from a pending Brexit,  five broad areas for need focus.

Chris Cummings, Chief Executive, TheCityUK, said: "The world around us is changing fast. The industry is being transformed by automation and technology and this is likely to lead to reduced employment levels in some areas; the US is capitalising on a leading position in growth areas; emerging markets are strengthening; and, regional centres in Asia are benefiting from rapid local GDP growth.

"These challenges are not a direct result of the vote to leave the EU, but Brexit does amplify the uncertainty and the urgency of addressing them. Given ours is an industry that employs nearly 2.2 million people right across the country and contributes more tax than any other sector, we need to act decisively to create new opportunities, sustain our global strength and the UK’s continued attractiveness."

The five areas for partnership identified in the report are:

Large banks are getting ready to relocate out of the UK early next year over fears around Brexit, the British Bankers' Association (BBA) has warned.

"Their hands are quivering over the relocate button," he wrote. Most banks had backed the UK remaining in the EU." Browne also said the current "public and political debate at the moment is taking us in the wrong direction."

His comments build upon those he made at the recent BBA annual conference, when he said banks had already "set up project teams to work out what operations they need to move by when and how best to do it."

The London Evening Standard has reported that 40 business bodies have received support from Mayor Sadiq Khan and many borough councils to write to Communities Secretary Sajid Javid to say business rate rises could cripple the economy. Some of the bodies, especially those in the banking sector, have stated this could be the last straw on top of Brexit that will see companies exiting the capital and the country. Rajesh Agrawa, Deputy Mayor for Business is reported as saying: "It is unacceptable that thousands of firms in the capital are, in effect, facing a 50 per cent increase in their business rate bill with barely six months' notice."

Anthony Browne of the BBA continued: "Banking is probably more affected by Brexit than any other sector of the economy, both in the degree of impact and the scale of the implications," he wrote in The Observer (on Sunday 23). "It is the UK's biggest export industry by far and is more internationally mobile than most. But it also gets its rules and legal rights to serve its customers cross-border from the EU. The problem comes - as seems increasingly likely, judging by the rhetoric - when national governments try to use the EU exit negotiations to build walls across the Channel to split Europe's integrated financial market in two, in order to force jobs from London. From a European perspective, this would be cutting off its nose to spite its face. It might lead to a few jobs moving to Paris or Frankfurt but it will make it more expensive for companies in France and Germany to raise money for investment, slowing the wider economy."

Frankfurt Main Finance, a promotional group, has predicted that banks based in London will start moving operations to the German financial centre next year to ensure full access to the European Union’s single market According to City AM, Chief Executive Hubertus Vaeth said: “We already see small teams, explorative teams looking into certain aspects […] We see options for real estate and we have very, very clear indications that things will be moved, however, not entire operations.” Mark Boleat, Policy Chairman at the City of London Corporation, also noted firms were applying for licences and lining up property options as part of 'contingency planning'.

The financial industry, which pays about £60-67 billion pounds in annual taxes, could lose up to £38 billion in revenue in the event of a hard Brexit, and 75,000 jobs could disappear in Britain, according to a report commissioned by industry group TheCityUK.

Lloyds Banking Group has confirmed 1,230 jobs are being cut from the group operations, marketing, retail, and the finance and risk divisions. It is expected that the nine per cent government owned group will cuts its property portfolio accordingly.