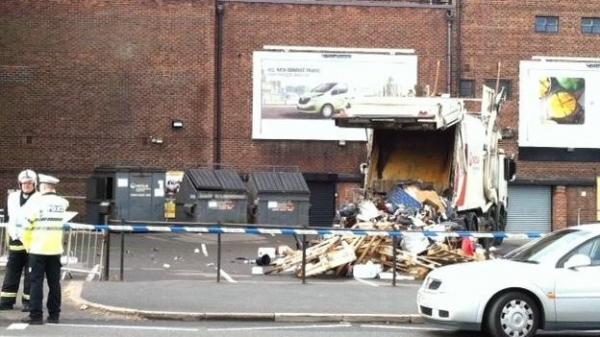 Enquires are ongoing after a man was found dead in a burning skip wagon in Ardwick outside the Manchester O2 Apollo on Monday morning. Greater Manchester Fire & Rescue Service had been called to the fire. Once it was extinguished, a body was found - a murder enquiry has begun.

Police now believe they know the identity of the man in his 40s and the family has been informed. A formal identification is expected to have taken place after the post-mortem that was scheduled for Monday evening.

Detective Inspector Dave Turner of South Manchester division said: “We are in the early stages of our investigation to establish the circumstances around his death.”

A call at 5:30am this morning to the Greater Manchester Fire & Rescue Service to report a skip wagon on fire outside the Manchester O2 Apollo on Stockport Road has turned into a dramatic murder enquiry after a body was discovered.

According to Greater Manchester Police, this has led to an ongoing investigation and the area around the venue has been sealed - including the busy A57.

The venue is on the outskirts of Manchester but is a popular music venue - well known band The Saturdays played there on Sunday night.

At this time, no information has come from the police or fire brigade and the victim has not been confirmed as male or female.

The picture below comes courtesy of the BBC. 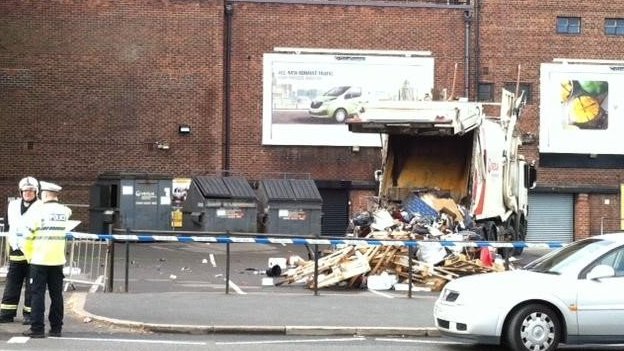